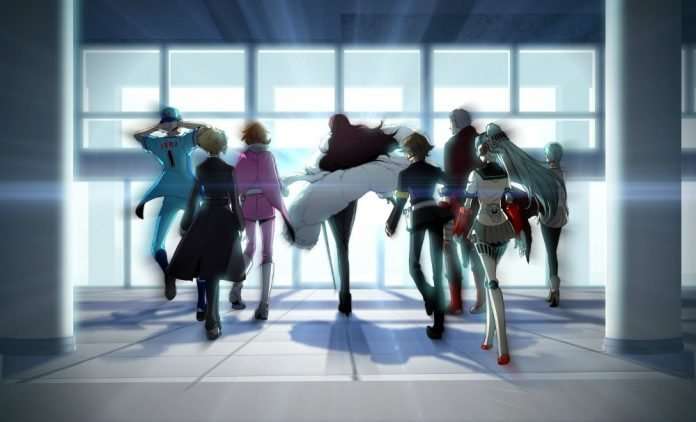 Atlus regularly includes access to buyer’s surveys in their releases. Previous ones have included interesting questions for consumers, such as seeing the interest for expanded genres in the Persona 5 survey.

The Sega Asia survey for the game can be found here. Question 24 is of particular interest.

5. Which consoles do you currently own?

6. Among the consoles you own, which do you use the most?

7. From the ones below, please select all of your favorite game genres.

8. How many new games have you purchased in the last year?

9. For the games below, please select the ones you have purchased.

A list of modern Atlus games, mostly centered around Persona, however with other recent entries in other series such as Shin Megami Tensei V, Catherine: Full Body and 13 Sentinels: Aegis Rim.

10. From the games below, please select the ones you have purchased.

A list of 15 modern fighting games, such as Tekken 7, Street Fighter V, and King of Fighters XV.

11. Which is your most fequented games media among the ones below?

Over 30 options of possible outlets.

12. Which media do you sometimes frequent among the ones below?

13. Please select the version of the game you purchased.

14. When did you purchase the game?

15. How did you learn about this game?

16. Which of the following outlets is your first venue to learn about this game?

17. Which of the following outlets is your main reason for buying this game?

18. What are the reasons you bought this game?

Several different options, from great visuals, to great characters, to “because I like the ‘Persona’ series.”

19. Among the options from the previous question, what is the key factor that determined your purchase of this game?

The ratings are “Satisfactory” to “Dissatisfactory.” For the following elements:

22. For information about games, which website of these do you frequent the most?

23. Of the ones selected, which of these is the most important for you?

24. If there is a sequel to Persona 4 Arena Ultimax, would you want to buy it?

Additionally, @regularpanties on Twitter has posted the Japanese version of the survey, which includes a couple of different questions:

12. Would you like another title in the fighting action genre like this one to be released in the Persona series in the future?

13. (If you chose “conditional desire”) What conditions would those be? (50 words or less)

14. Do you value stories in the fighting action genre?

Relatedly, “Persona 5 fighting game” has been regularly listed in the potential spin-off genres Atlus wanted to gauge consumer interest in, from the company’s annual surveys. Atlus has stated that these surveys have helped inform their releases, such as with the revival of Soul Hackers 2 or the release of Shin Megami Tensei III: Nocturne HD Remaster.

This line of questioning is similar to a question Atlus had asked in the 2016 annual survey, which is when the development of Persona 3: Dancing in Moonlight and Persona 5: Dancing in Starlight had actually begun: