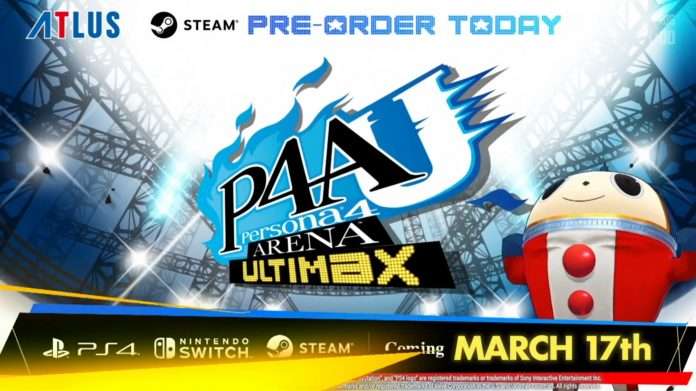 During The Game Awards 2021, a PlayStation 4, Nintendo Switch, and Steam PC release of the Persona 4 Arena Ultimax fighting game was announced for a March 17, 2022 release date.

Featuring all of the DLC content from the console release of the game in 2014, the newly released version of Persona 4 Arena Ultimax will be based on the 2.50 arcade version of the game, which had not been released outside of arcades previously.

The official Japanese and the official English websites for the remastered release of Persona 4 Arena Ultimax has been released.

The Steam page can be seen here. Those who own Persona 4 Golden on Steam can purchase Persona 4 Arena Ultimax for a 30% discount. 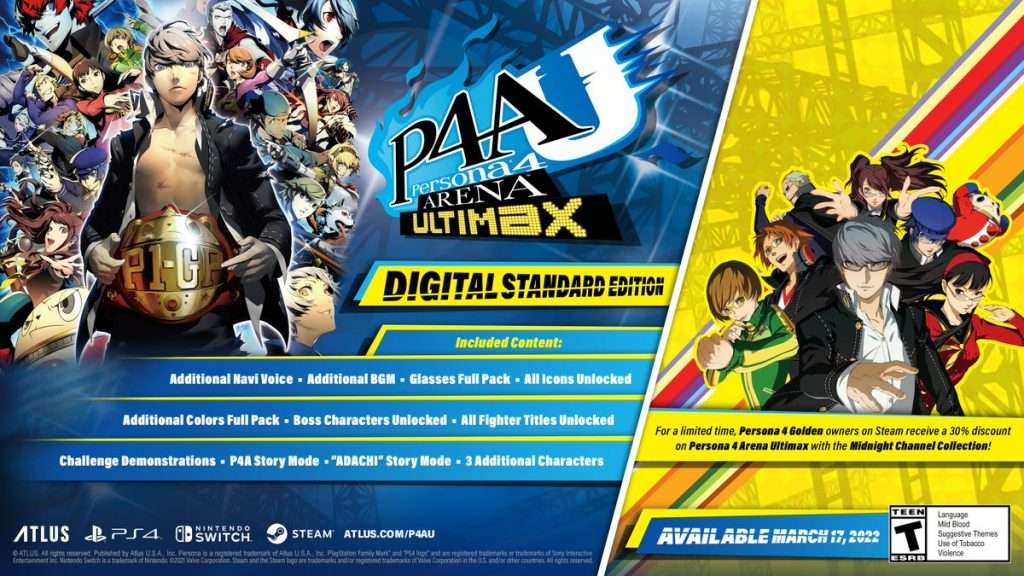 The stakes are Ultimate, the tension is Maximum, the fight is… the ULTIMAX!
Experience the latest entry into the beloved Persona 4 series with a thrilling fighting twist.
Join the heroes as they combat an army of Shadows in the P-1 CLIMAX! 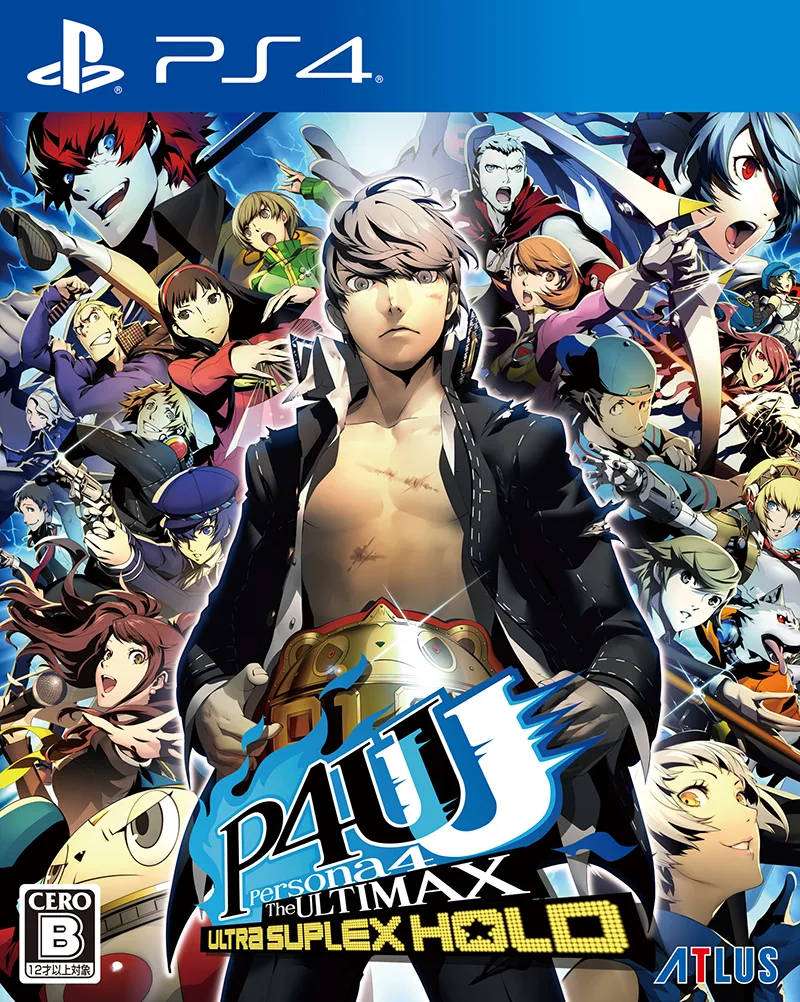