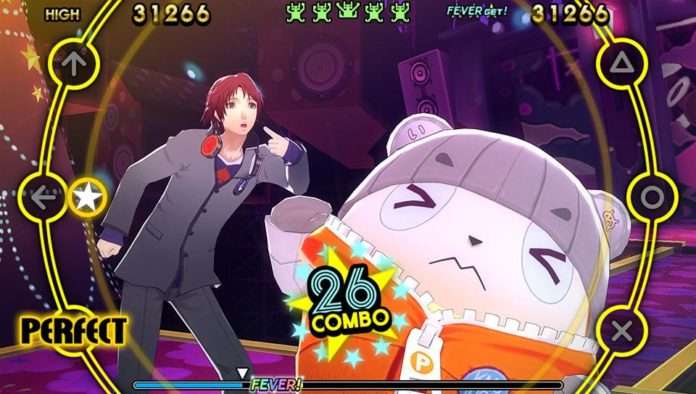 Celebrating the release of the Hatsune Miku DLC for Persona 4: Dancing All Night, Atlus has announced the “P4D Best SS Post” campaign for Japan.

The campaign, lasting from August 27 to September 27, is a contest where participants must take the best Persona 4: Dancing All Night screenshots they can with their favorite costumes and accessories.

Participants must then post their screenshot captioned on Twitter along with the prize they want to win, with the hashtag #P4DSS. Any kind of screenshot is accepted and participants can submit as many as they want.

The prizes are the following:

Original T-Shirts distributed at this year’s E3. All sizes are L.

Atlus have announced that Lotus Juice will be hosting a radio-style music Web program for one night only by the name of “Persona Music: Night of Lotus Juice.”

From now until September 3, fans can suggest music they would like to hear on the broadcast through a form, as well as any Persona music related comments.

Further details for the program will be announced at a later date.