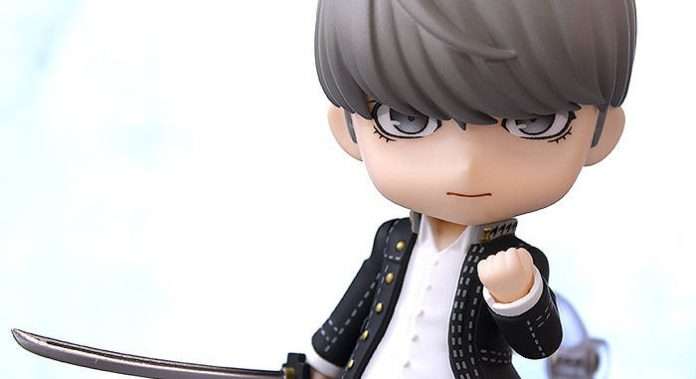 Following the announcement of the Persona 4 Golden Yu Narukami Nendoroid at the “Wonderful Hobby For You 32″ in February, new details and pictures have been released for the upcoming figure.

Produced by Good Smile Company, pre-orders will be available through online retailers at the end of this week on April 23, 2021.

From the video game Persona 4 Golden comes a Nendoroid of the “Hero” (called Yu Narukami in the anime adaptation)! He comes with three face plates, including a standard face, a serious face, and a smiling face. Bangs with glasses, as a key item in the Persona 4 series, is also included. In addition to his katana and persona summoning effect, a cut-in sheet when summoning a persona is also included as an accessory.

Pre-orders for the Yu Narukami Nendoroid will begin on April 23rd through the Goodsmile Online Shop and other retailers.

The other Persona related Nendoroids released recently have all been based on Persona 5, with Futaba Sakura, Joker, Morgana, Makoto Niijima, Yusuke Kitagawa, Ann Takamaki, Ryuji Sakamoto, and Goro Akechi.

A Black Frost Nendoroid was recently released this month.