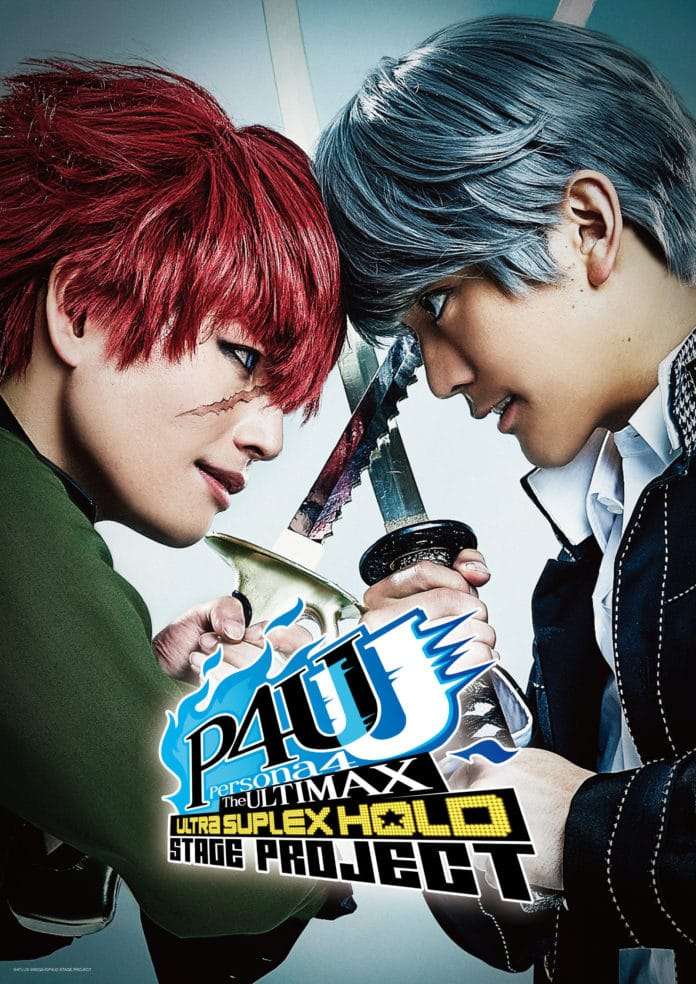 Following the details for the upcoming Persona 4 Arena Ultimax stage show revealed in April 2016, the key visual for the play has been released, along with character visuals and merchandise information. 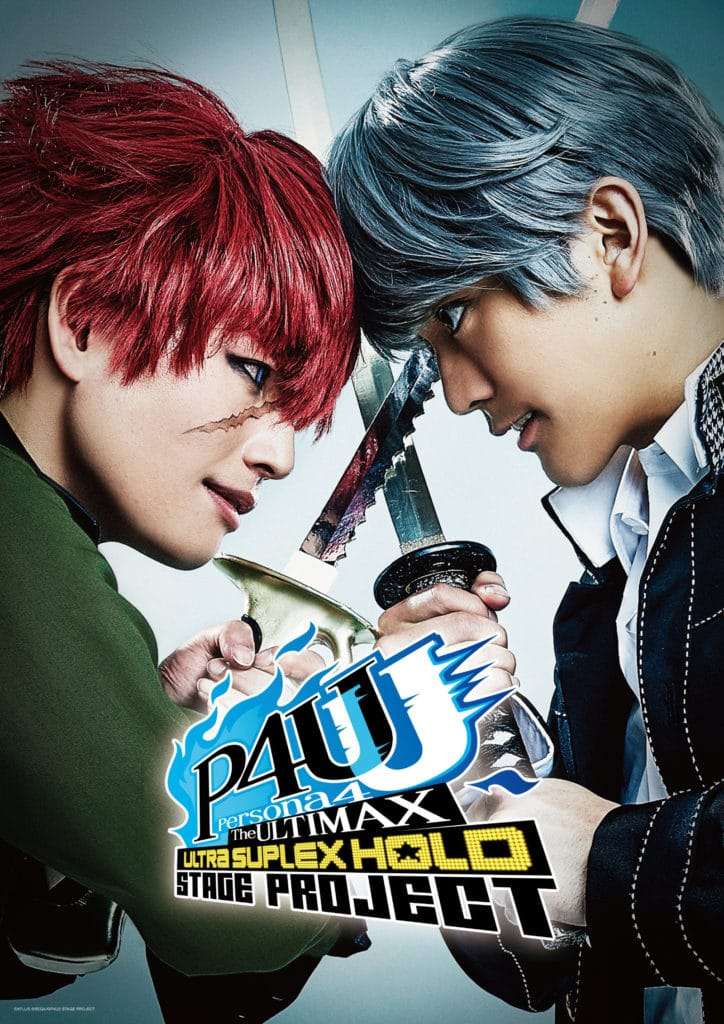 The key visual for the stage play version of “Persona 4 the Ultimax Ultra Suplex Hold” (or P4U2), a fighting game based on the significantly popular “Persona 4” role-playing game released in 2008. The stage show will take place at Tokyo Theatre G-Rosso, starting on July 6.

Pictures of the cast members in costume for the stage show. From left to right:

The merchandise that will be available at the Tokyo Theater G-Rosso venue on the days of the stage show. 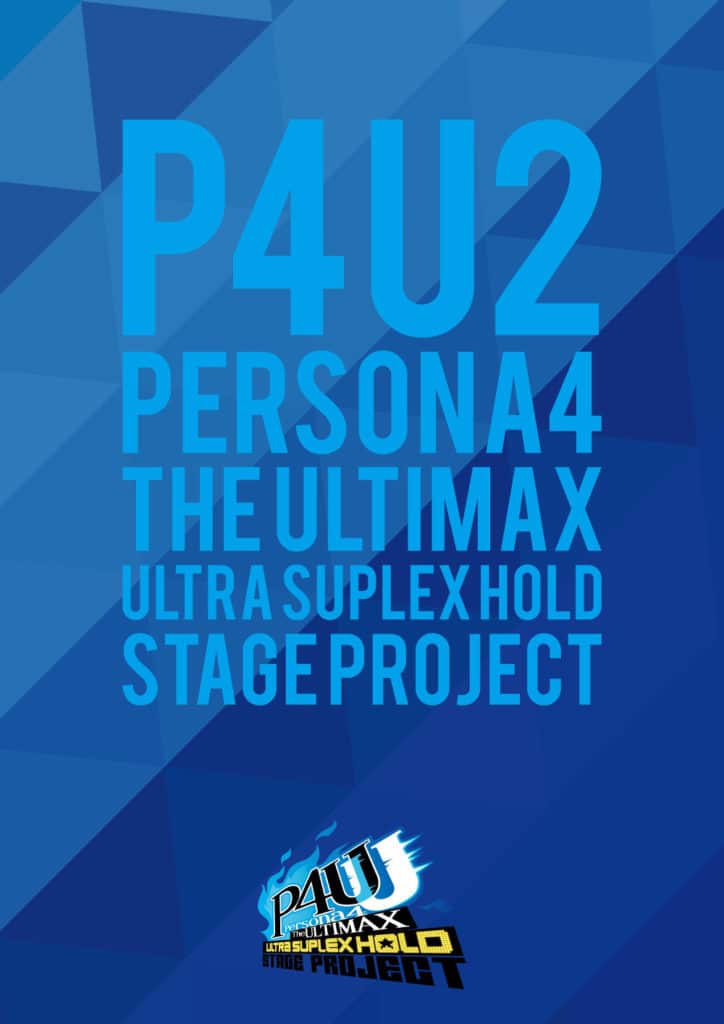 The brochure will be of size A4 and have 32 pages. 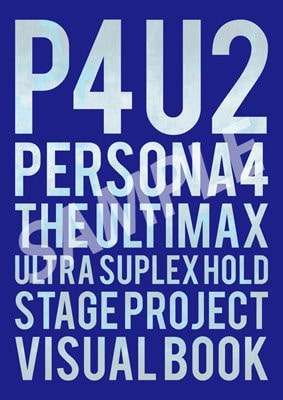 The visual book will be of size B5 and have 48 pages.

Both of the above items, the brochure and the visual book, will be available in a bundle for 4,500 yen (including tax). 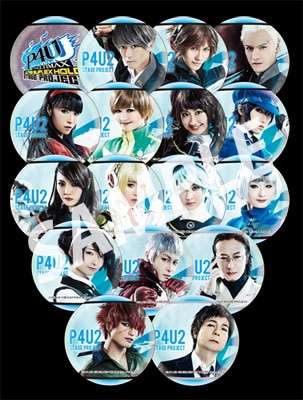 Photographic portraits for the characters in the stage play. There will be a total of 16, and sets will be sold with 3 bromides each. 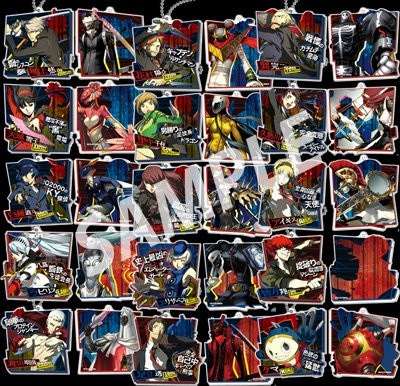 There are 15 types of the acrylic key chains, depicting characters on one side and their personas on the other. Will be available in a limited capacity. 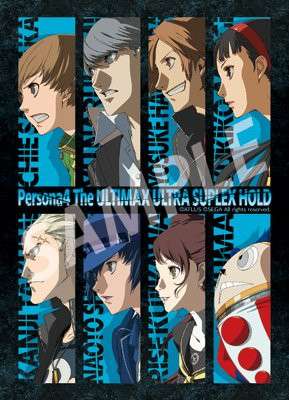 Cloth for glasses depicting the Investigation Team members. Will be available in a limited capacity.

The “Persona 4 the Ultimax Ultra Suplex Hold: Stage Project” will use 3D video production, similar to the “Ghost In The Shell Arise: Ghost Is Alive” play. The physical actors and 3D image will be intertwined, creating a new video experience. On performance days, 3D glasses will be loaned to the audience members.

Additionally, as announced in May 2016, the show will be broadcast to 20 movie theaters in Japan through “Live Viewing.”