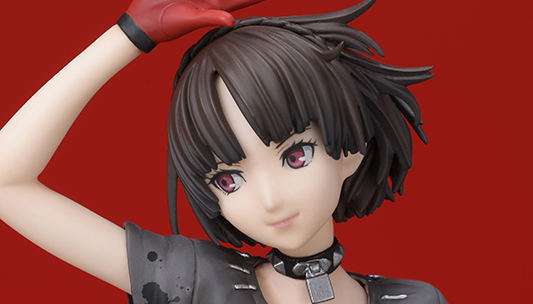 Figure producer Amakuni has announced the release details for the Persona 5: Dancing in Starlight Makoto Niijima scale figure. The figure was originally announced at Wonder Festival 2018 Summer, with a prototype shown at Mega Hobby Expo 2018 Autumn and a color sample at Hobby Frontier 2020 Summer.

Pre-orders are currently available through online retailer Hobby Japan. The figure will be released around July and August 2021.

The latest work from Amakuni is the popular Persona 5 series’ Makoto Niijima from Persona 5: Dancing in Starlight!

The figure is based on a dance scene from the game. The figure’s punkish charm is a little different from her usual school uniform and her Phantom Thief disguise.