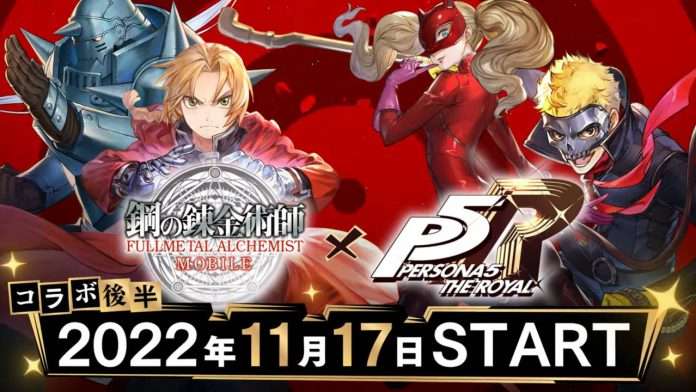 Previously announced was the ongoing Fullmetal Alchemist Mobile collaboration with Persona 5 Royal from November 4 to December 8, 2022, featuring Morgana, Joker, and Makoto as three new units to the game.

A new trailer has been released, featuring a second half to the collaboration with Ryuji “Skull” Sakamoto and Ann “Panther” Takamaki. The second half of the event will begin on November 17, 2022.