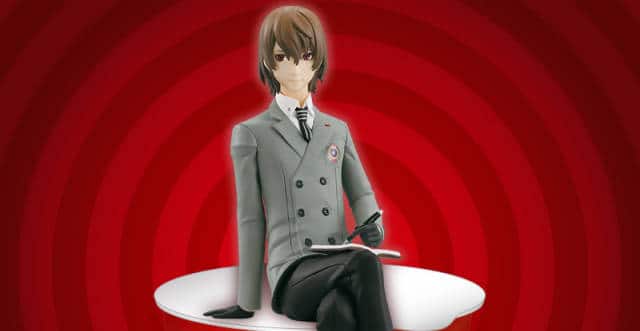 Designed to be placed on top of cup noodle lids, the colored version of the Goro Akechi prize figure under official supervision has been revealed.

A noodle stopper prize figure for Joker was previously released in February 2020. As a prize figure, it is available through various means including crane games in Japan.