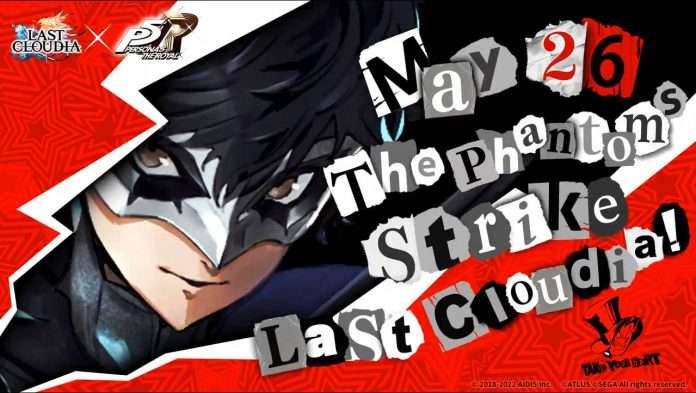 The official Twitter account for the mobile game Last Cloudia has teased—in English and in Japanese—an upcoming collaboration with Persona 5 Royal on May 26, 2022.

Last Cloudia is a free-to-play mobile Japanese role-playing game for Android and iOS. It features pixel art and several different characters to choose from. The Persona 5 Royal collaboration teaser shows off the Persona 5 protagonist, as well as silhouettes for Morgana, Goro Akechi, and Kasumi Yoshizawa.

The game originally released on April 15, 2019. A Steam version of the game was released later.