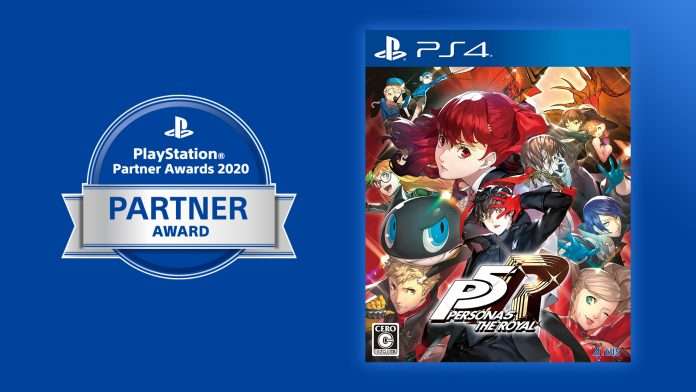 With three award categories, Atlus’ Persona 5 Royal originally released on October 31, 2019 in Japan and March 31, 2020 in the West was one of the seven titles awarded with the “Partner Award.” The award has the following criteria, for games which have achieved the top sales worldwide from October 2019 to September 2020:

Awarded to titles developed in the Japan / Asia region with top-ranked worldwide sales between October 2019 and September 2020*, with particularly noteworthy activity results**.

* Hard copy and digital copy sales through PlayStation Store are counted in the calculation (including additional content and digital currency sales).
** SIE indices, which include player numbers, also factor into the determination of nominees.

The previously released milestone for Persona 5 Royal sales worldwide was 1.4 million copies sold as of July 22, 2020.

A message from members of the P Studio development team for Persona 5 Royal was featured during the show, as they received the award. The message features producer Kazuhisa Wada, character designer Shigenori Soejima, and composer Shoji Meguro:

Previous PlayStation Awards have included Persona 5 as a recurring winner for different prizes: