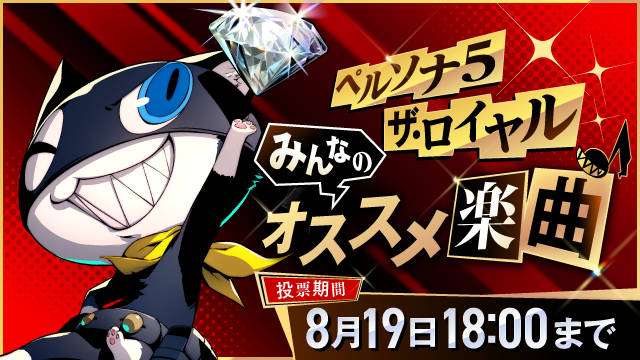 To prepare for the remastered release of Persona 5 Royal on October 21, 2022, Atlus has started the “recommended songs” music voting poll for Persona 5 and Persona 5 Royal.

Atlus wants to know which songs players would recommend to people who are thinking about playing the Persona series or Persona 5 for the first time with P5R.

Comments and the results will be announced by Morgana in ranking order at a later date.