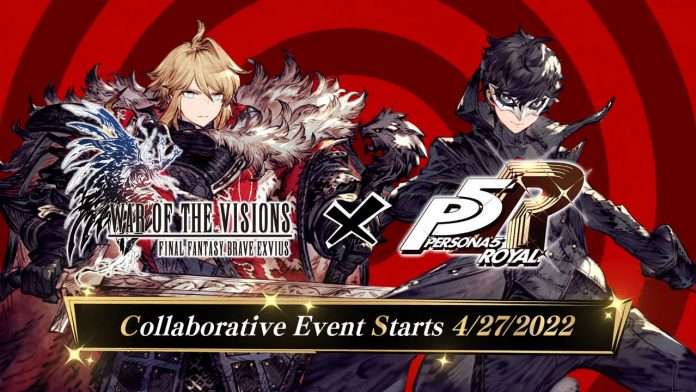 From December 2021 to January 2022, a collaboration between Persona 5 Royal and Square Enix’s tactics based mobile game, War of the Visions: Final Fantasy Brave previously took place in the Japanese version of the game.

Today, the Persona 5 Royal collaboration event has been announced for the global version of the mobile game. The event will be starting on April 27, 2022 and ending on May 31, 2022.

Just as before, there will be three units that can be obtained during this collaboration: Ren Amamiya (Joker), Makoto Niijima (Queen) and Kasumi Yoshizawa (Violet).