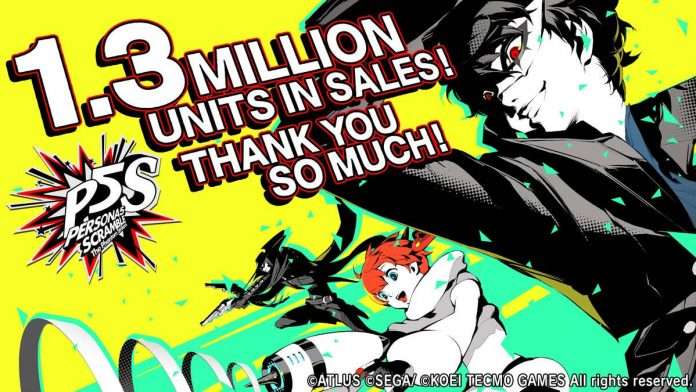 Atlus has announced that Persona 5 Strikers, released for the PlayStation 4, Nintendo Switch, and Steam, has sold over 1.3 million copies worldwide since its original release on February 20, 2020.

The previous milestone given for the action RPG developed in collaboration between Atlus and Koei Tecmo Games was in December 2020, when P5S had sold over 500k copies in Japan and Asia. Approximately five months later, following its successful English release on February 23, 2021, the game has shipped about 800k copies more (including digital copies sold).

To commemorate this alongside the upcoming Golden Week, the game will be discounted at 35% off for a limited time on the Japanese PlayStation Store and Nintendo eShop, from April 28th to May 12th.

A graphic for for the total sold through numbers for Persona series games only in Japan as of February 26, 2020 can be found in a previous post.