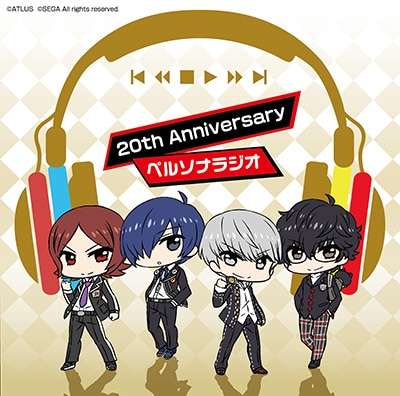 The Persona 20th Anniversary Radio, which broadcast weekly from Friday 25th November will be releasing on CD on January 25th, 2017. Details and cover art for this CD have now been revealed.

Persona 20th Anniversary Radio was a weekly broadcast featuring various voice actors from the Persona series. The release will include all four broadcasts, as well as bonus tracks which were not previously delivered.