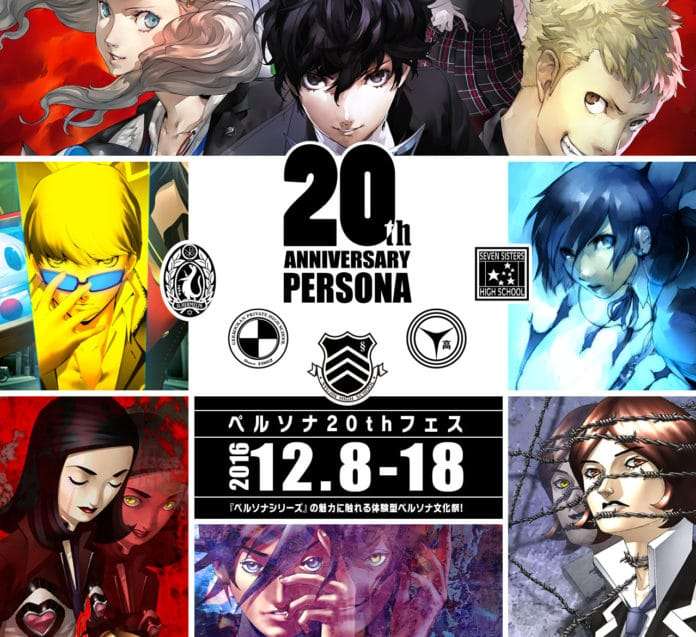 As previously teased, Atlus has announced details for the upcoming “Persona 20th Festival” taking place in December 2016 alongside the launch of the official website.

The Persona 20th Fes, taking place from December 8 to December 18th, at Arts Chiyoda 3331 in Akihabara, will feature art exhibitions and various events to convey the atmosphere of a “20th festival” for the Persona series. 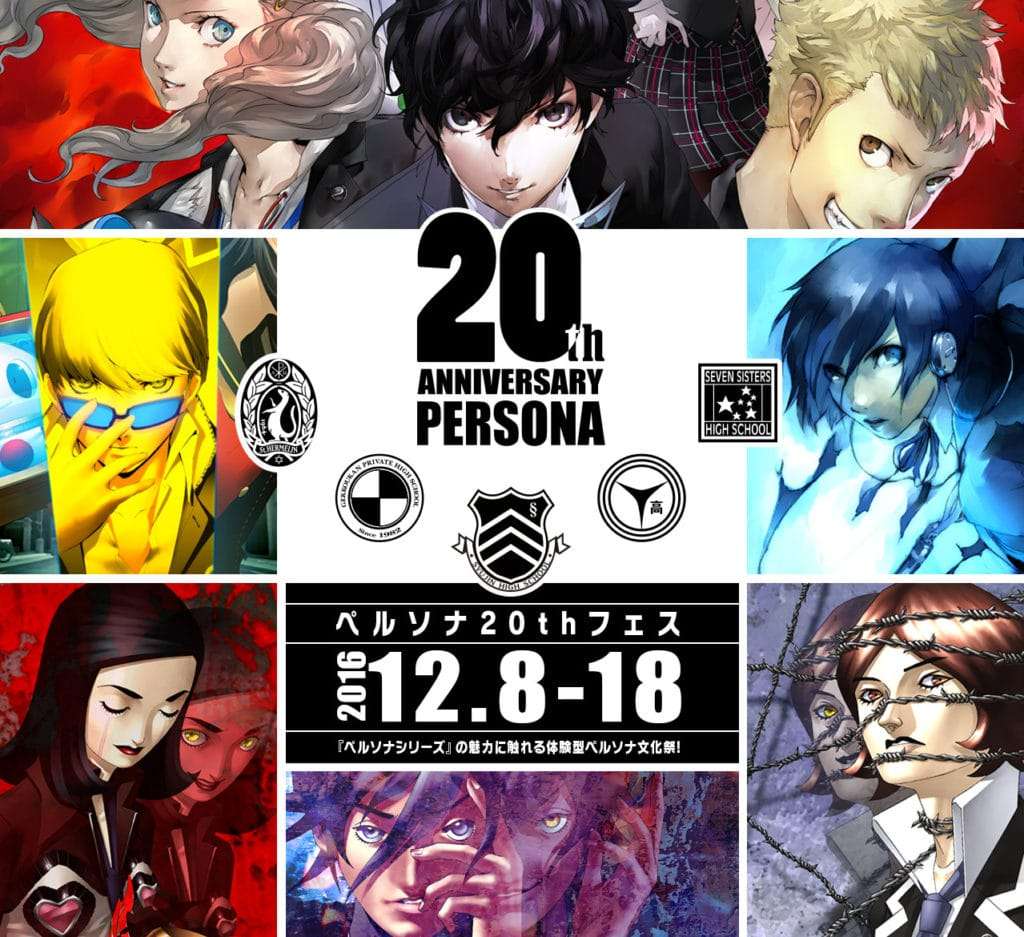 Advance tickets for the event will cost 4,342 yen (tax included) and, with bonus merchandise, they will include a “2017 desk calendar” using the main key visual illustrated by Shigenori Soejima, using quality paper with excellent print. A special item only available with this ticket.

An additional bonus item will be a special tote bag. The limited edition goods will be handed out at the venue on the day of the event.

Ticket pre-orders for specific days at the event are now available via Lawson.

Details for the events themselves during Persona 20th Fes (translations via @MysticDistance):

The Velvet Room from ‘Revelations: Persona’ appears! The room will recognize people’s movements, and Personae will be visible in real-time. Using AR technology, you can “summon a Persona,” too!

From “Persona 4,” the area where the protagonist and his friends gathered (the Junes Food Court rooftop) appears! There’s a rest space and photography space.

Starting in Early October, this event allows you to make special illustrations related to the Persona series. Those that are chosen will all be displayed on the monitor at the 20th Fes.

An exhibition featuring the games, official illustrations, character sheets and other parts of the 20 year history of Persona.

Features exclusive goods and refreshments, and is themed like a school festival. Details on the goods to come at a later date.

More events are planned as well, which will be announced in the future.