Earlier last month, Atlus announced details for the Persona 20th Fes event set to take place in December 2016, including the announcement of a Pixiv illustration contest.

To celebrate the 20th anniversary of the Persona series, the “Persona Series Illustration Contest” has started on October 4th.

Winners of this contest will have their work published in the “Comic Market 91” “Persona Series x Pixiv Illust Collection (Provisional),” which will be released this winter.

Additionally, the work published in this art book are also scheduled to be exhibited on the monitors at the “Persona 20th Festival” being held in December of this year.

Posts are allowed from anywhere in the world, however the prizes will be restricted to addresses in Japan.

For images posted to the web, there are no size limits. However, the winners will need to submit their work with the following in mind:

For contest submissions, after thorough review, the winners will be determined.

The submissions for the contest can be found here. 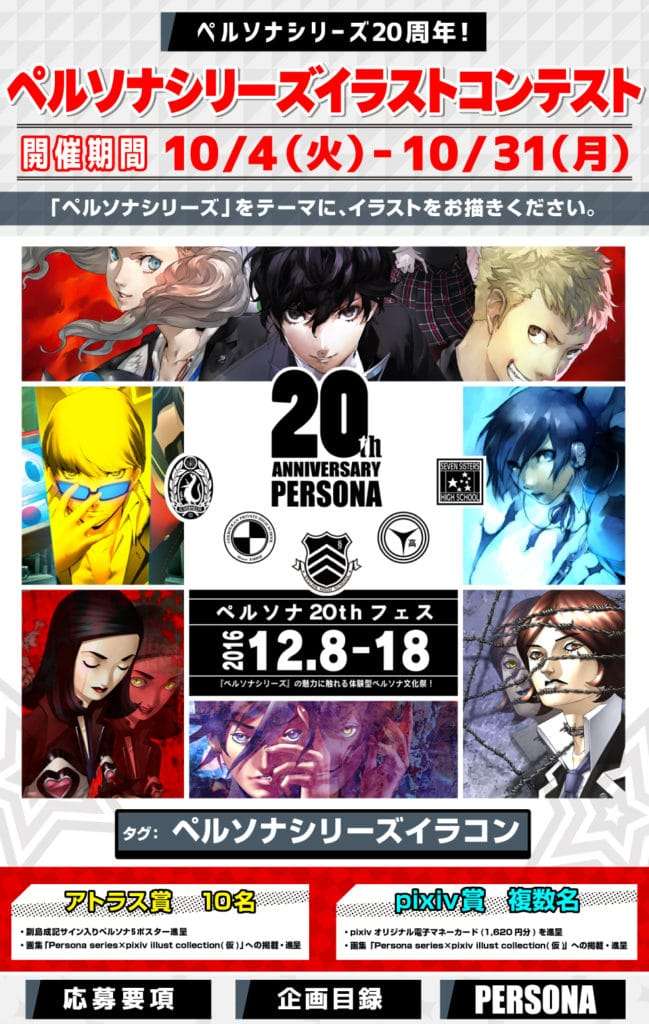