Weekly Famitsu magazine has released the cover illustration for the October 13, 2022 issue (issue #1767) featuring a Persona series illustration to celebrate the 25th anniversary of the series by character designer Shigenori Soejima. 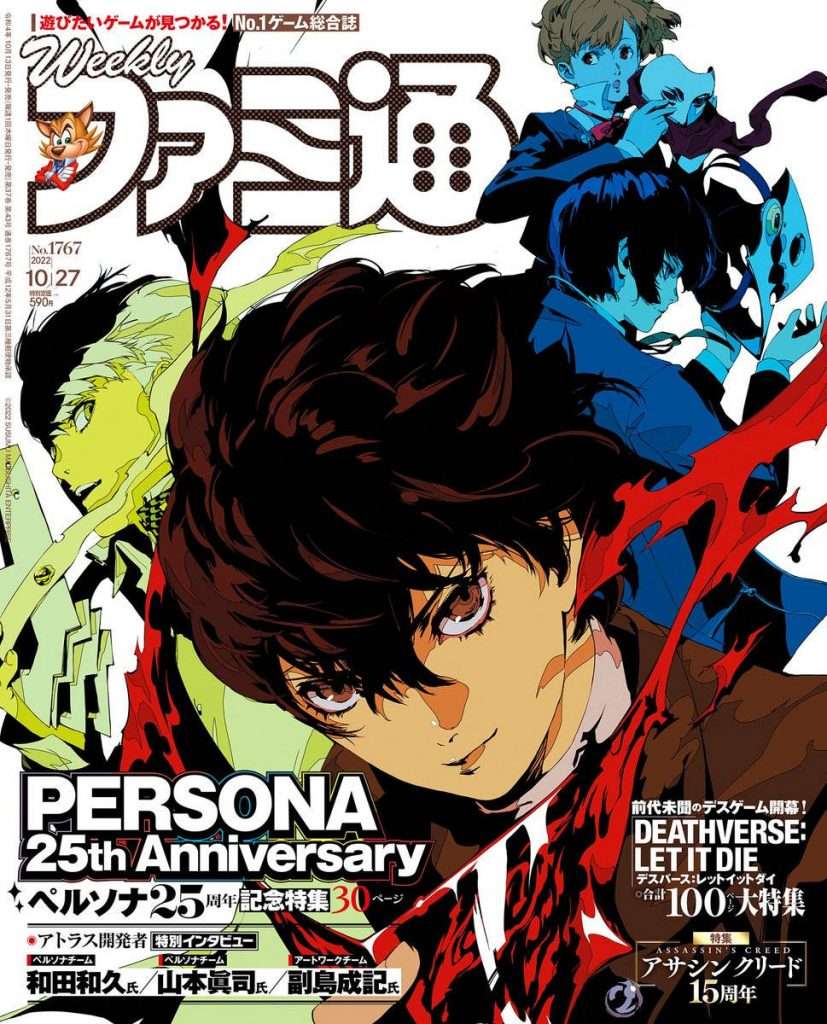 As previously announced, the upcoming issue of Weekly Famitsu magazine will feature 30 pages for the 25th anniversary of the Persona series, including the following: