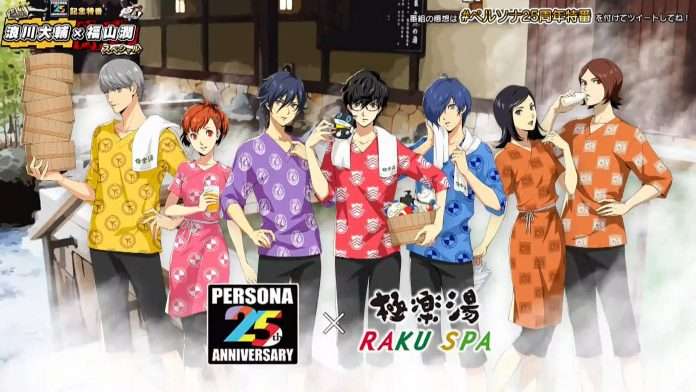 Udpate (2022-08-10): Information updated with the launch of the official website.

Raku Spa is a hot bath and restaurant chain located in Japan that has had previous collaborations with anime and video games, with the characters dressed in bathing suits.

New illustrations of the Persona series protagonists will appear as character panels and banners. 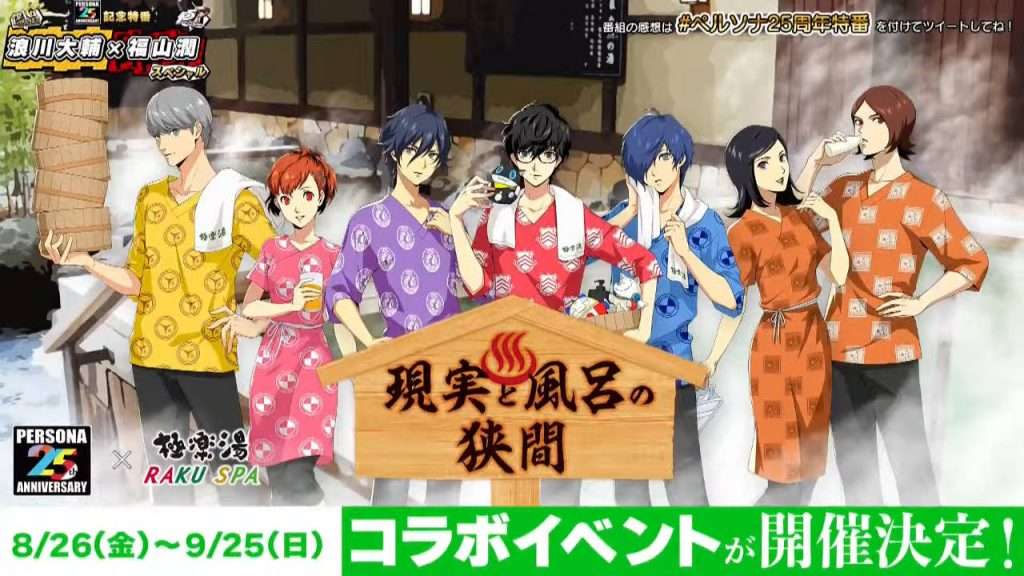 Those who pay the admission fee plus the “Persona Plus set” fee will be given a limited edition hand towel for this collaboration. There are seven of them, representing each protagonist, and customers will receive one randomly distributed.

Original merchandise with new illustrations will be sold online starting on August 26, 2022. 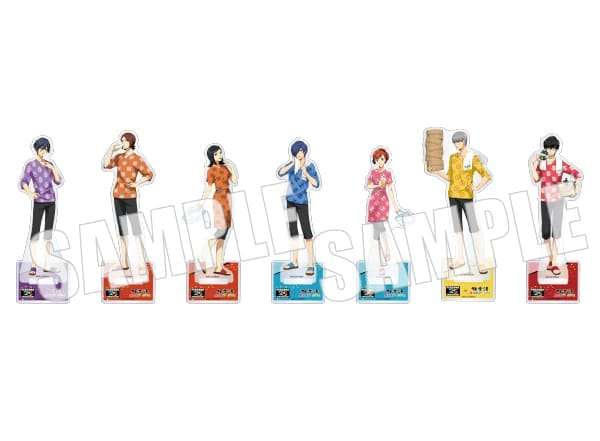 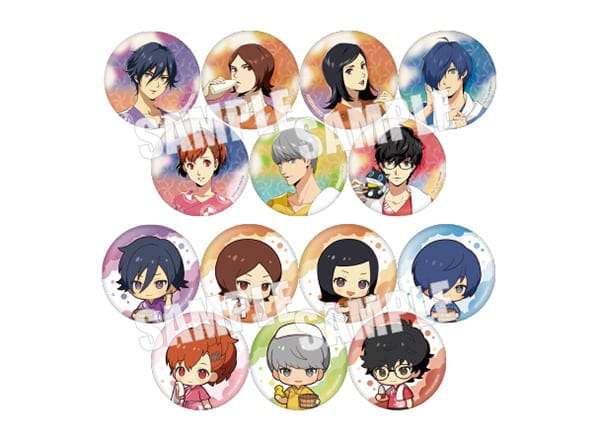 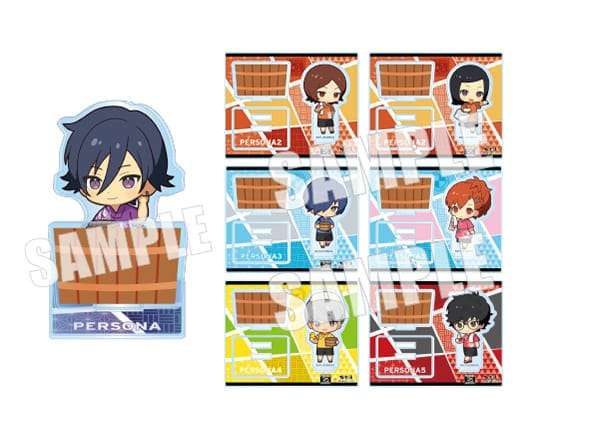 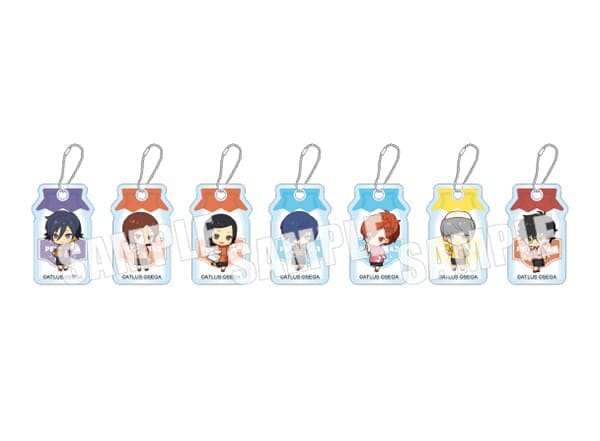 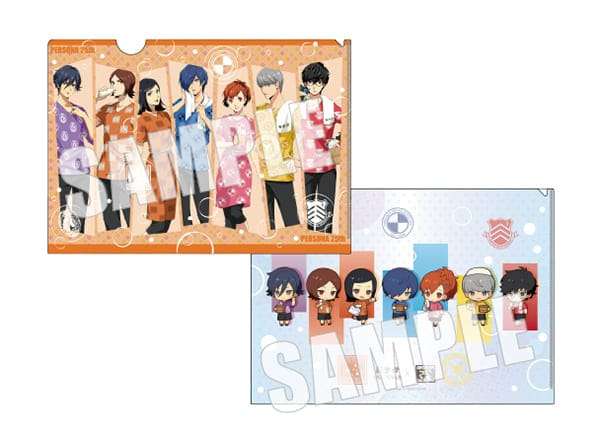 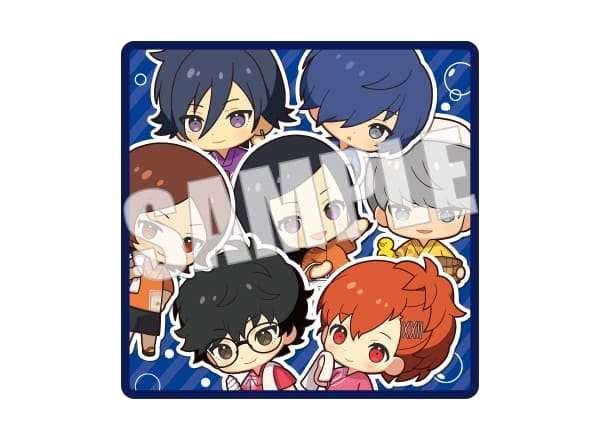 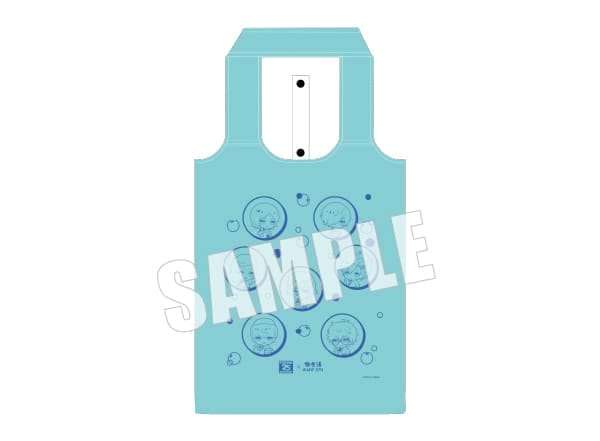 This item is only sold in-stores. 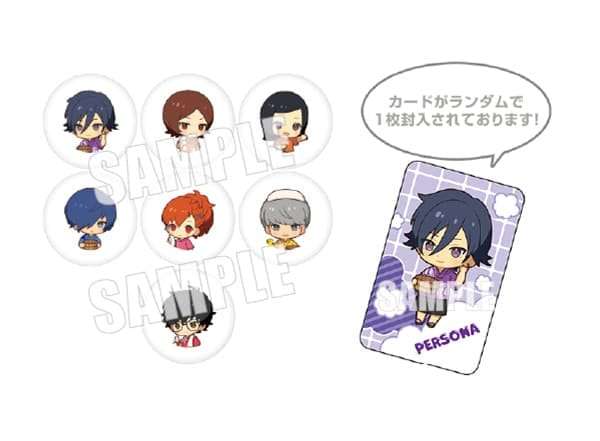 For every 2,000 yen spent on merchandise (including taxes), cstomers receive a postcard among seven designs, randomly distributed. 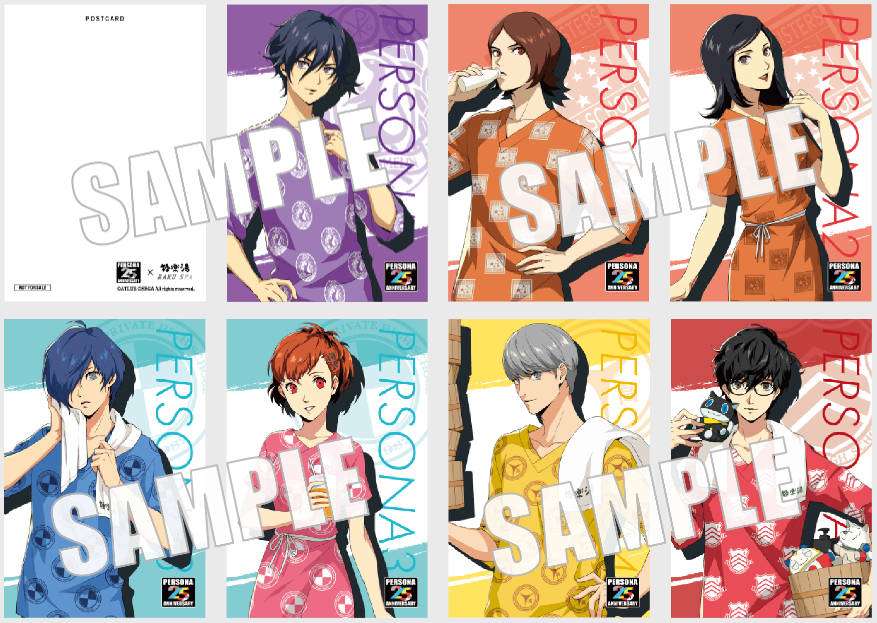 There will be limited menu items inspired by characters sold in-stores.

Each order of one of the collaboration menu items will include an original coaster out of 14 designs, randomly distributed. 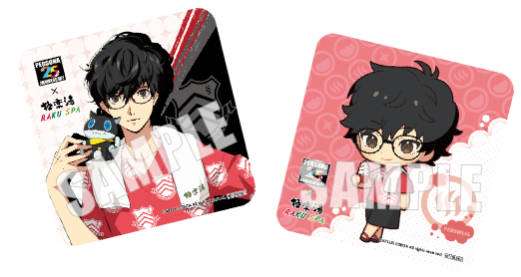 There will be five types of collaboration baths available for the spa during the event.

From August 26 to September 8: 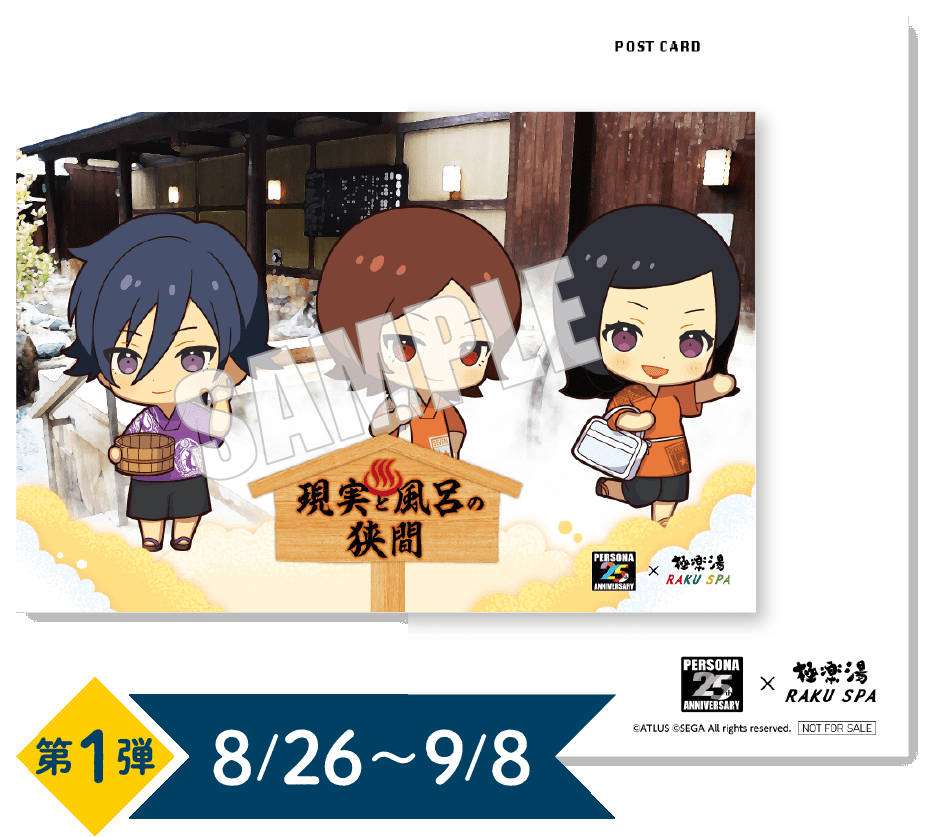 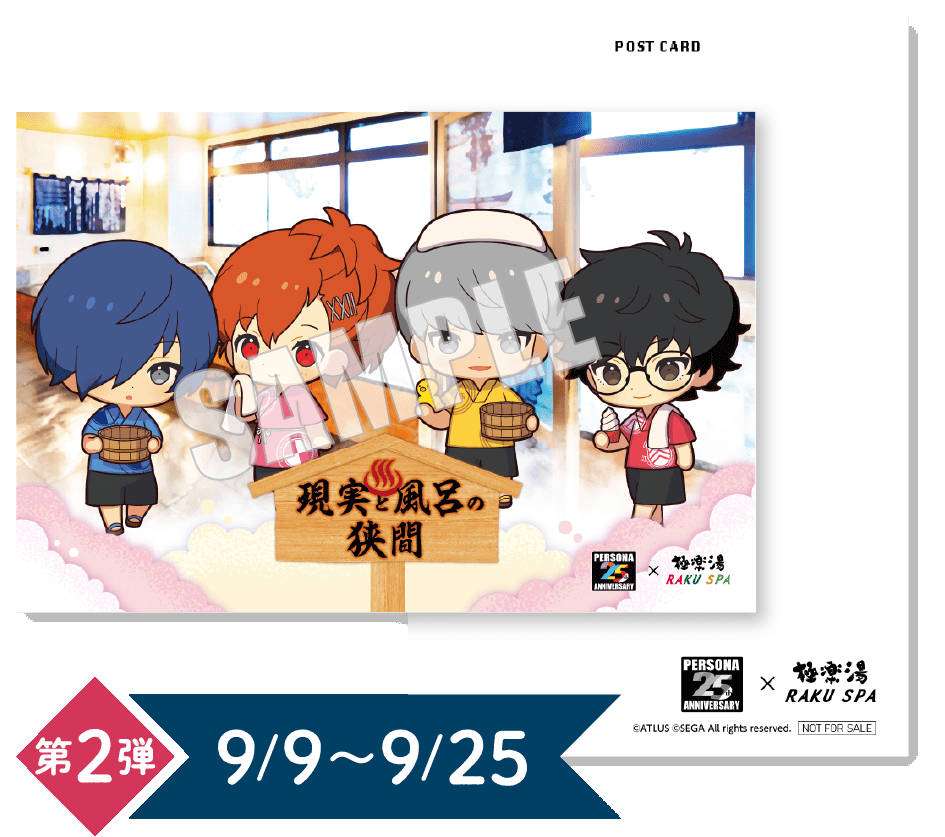