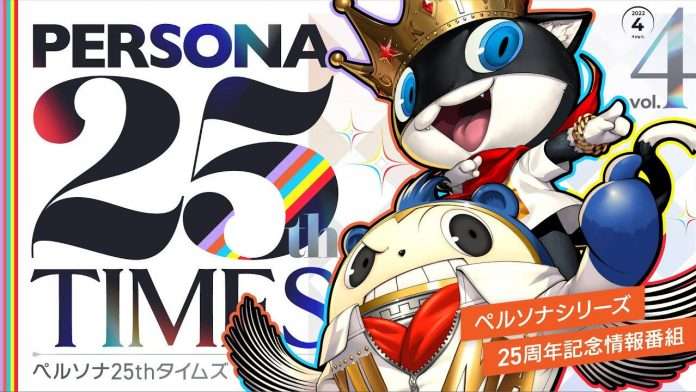 The mascot for this video is once again Persona 4‘s Teddie.

The upcoming major Persona concert will be taking place in October 2022, called “Persona Super Live P-Sound WISH 2022: Crossing Journeys.” More can be read about it in the previous news post:

The fourth and final Persona 5 the Stage live show will be taking place in October 2022. More about it can be read in the previous news post:

As previously announced, a limited number of Mondahmin mouthwash products featuring the Persona series are now on sale.

A new collaboration between clothing and accessory company Felissimo has been announced, featuring new merchandise for the Persona 25th Anniversary. Two of the special items are designs for the “Persona 5 HP Heart Big Silhouette T-Shirt” and the “Persona 5 Velvet Room Image Cup & Saucer.”

The teaser website for the collaboration has been opened. 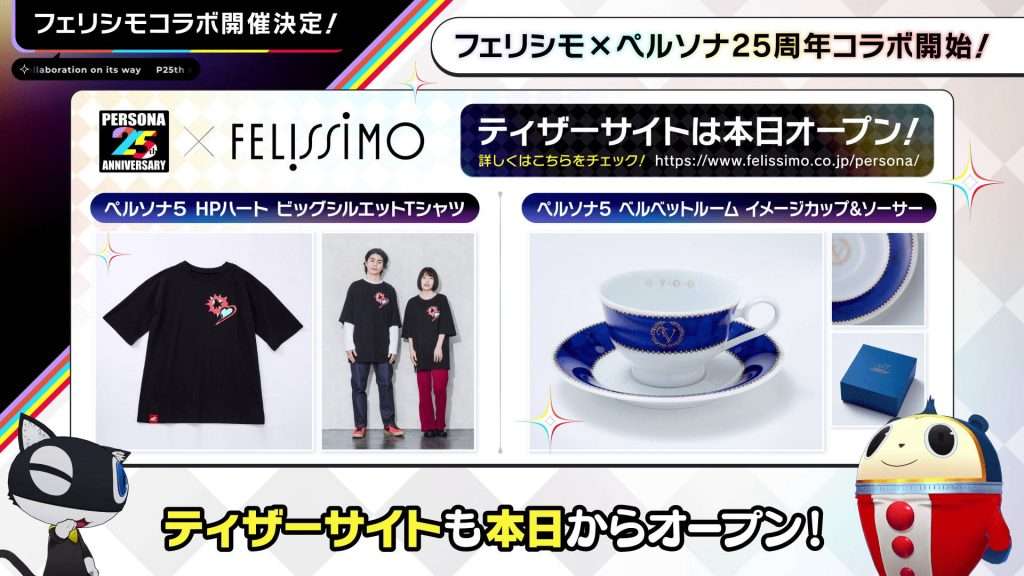 Lastly, the previously announced Persona 3 protagonist Nendoroid has been confirmed for an October 2022 release date. Additionally, available at the Atlus D Shop, is a new Persona 25th Anniversary backpack, and special embroidery badges. 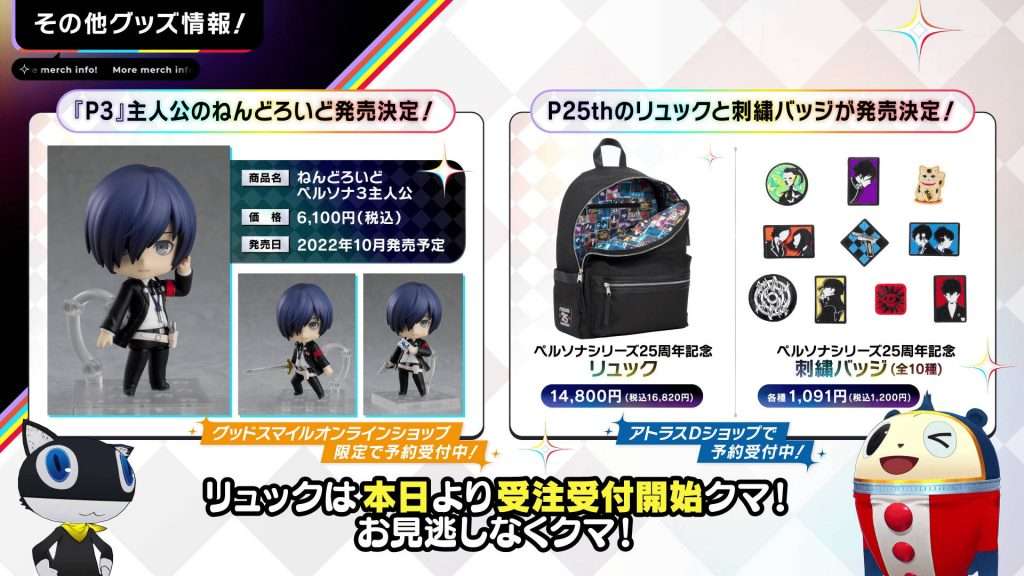