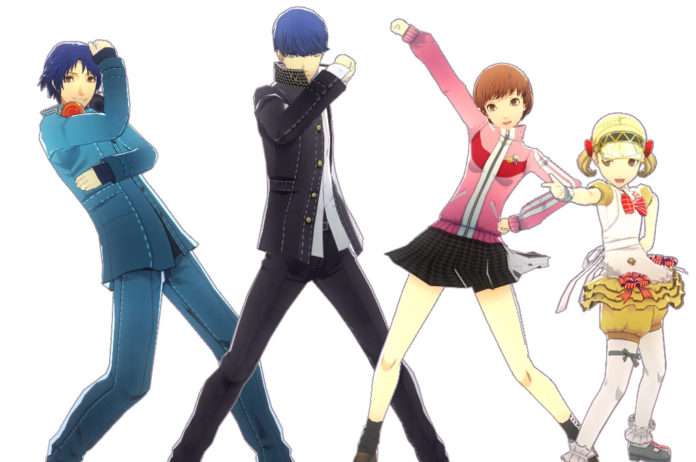 With one week left to go until the Japanese release of Persona 4: Dancing All Night, Atlus has posted the downloadable content schedule for the game and they have revealed DLC outfits for the playable characters that reference characters from previous Persona games.

The Persona 4: Dancing All Night official website’s character pages have been updated with these DLC costumes.

The official website has been updated with a new DLC page. The current DLC schedule for P4D content extends from the game’s launch on June 25 to July 16, however it is stated that there will be more at a later date. The dates for the additional content releases are below.