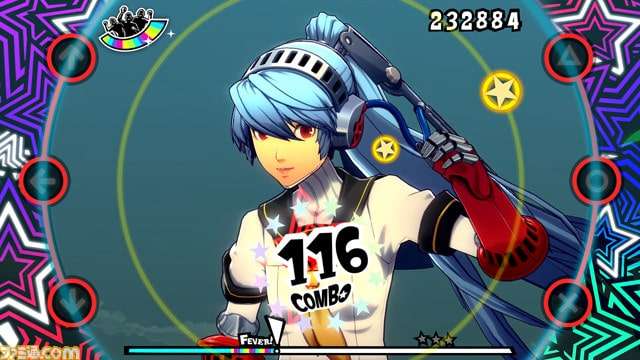 The upcoming double issue of Weekly Famitsu magazine May 10 – 17, 2018 (releasing on April 26, 2018) will feature a new information on Sho and Labrys in the Persona rhythm games, including a look at the lineup of various costumes and accessories the cast can wear in their performances. Furthermore, the issue will also feature play impressions by an editor for Famitsu.