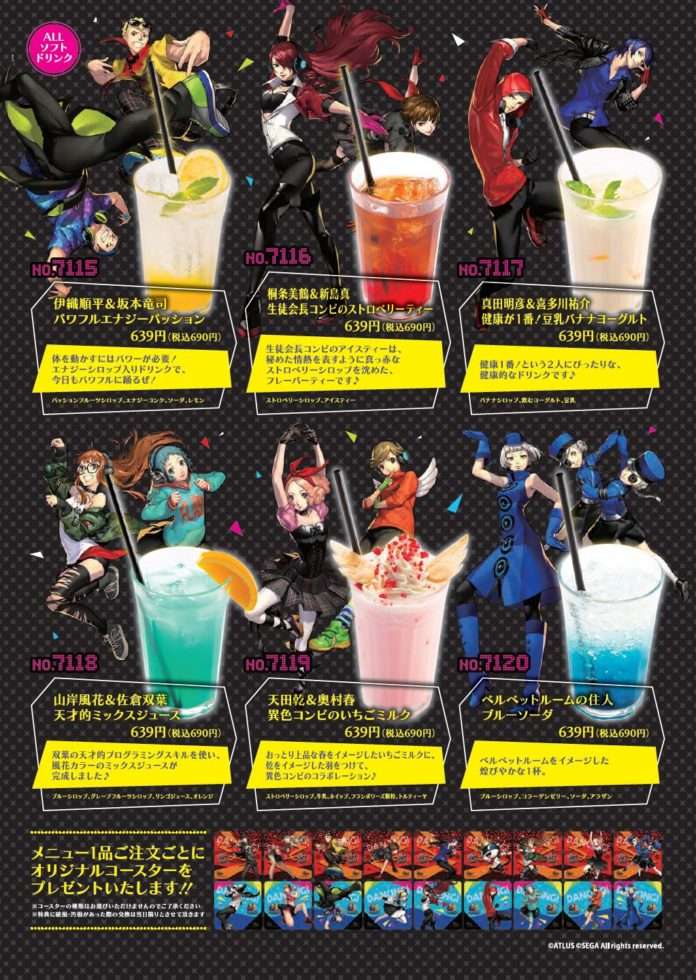 To celebrate the launch of Persona 3: Dancing Moon Night and Persona 5: Dancing Star Night last month, a collaboration cafe will be taking place starting on June 9th with the Pasela Resorts coffee shops.

Pasela Resorts is a coffee shop chain which doubles as a karaoke bar.

The collaboration cafe menu with food and drink themed after P3D and P5D will last from June 9 to July 16 at Shibuya locations, and Osaka locations from June 27 to July 31. 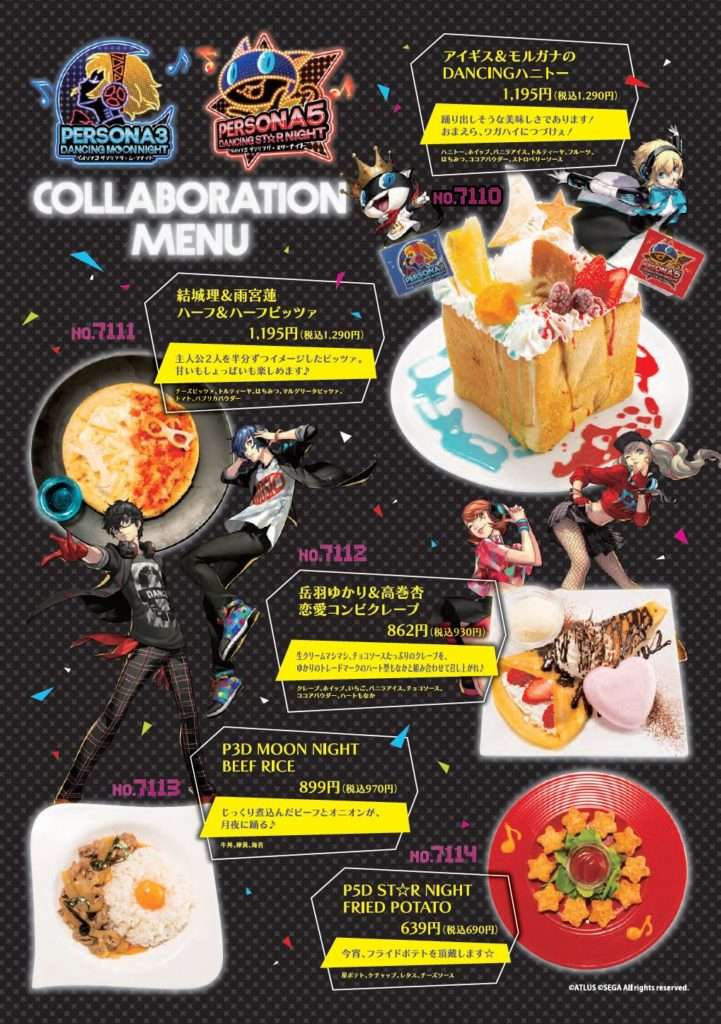 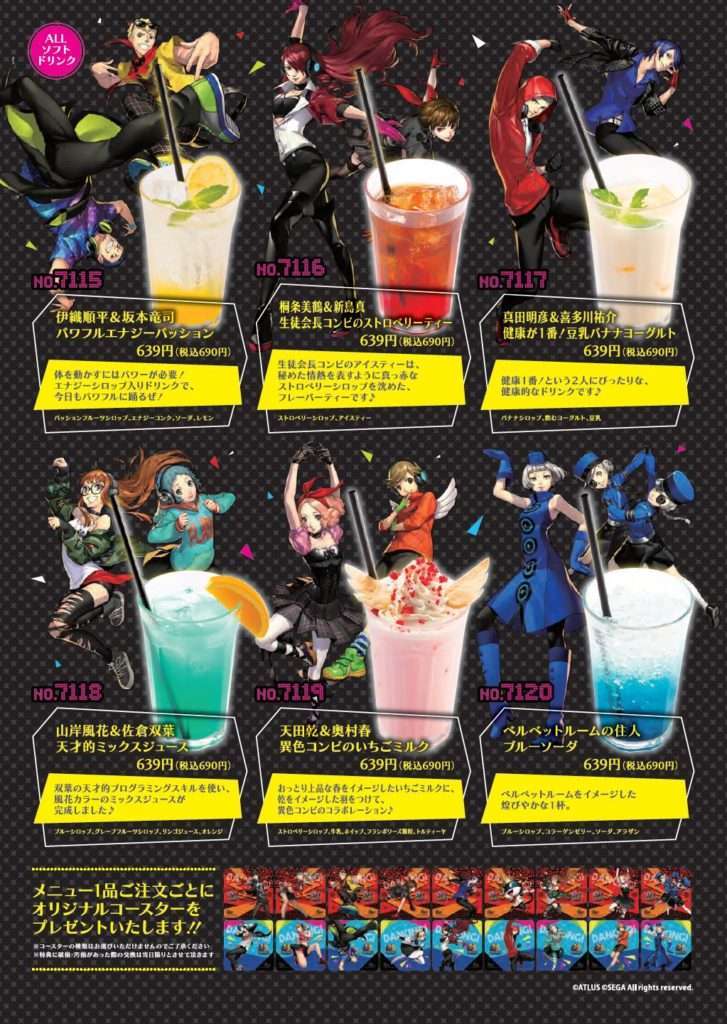 For each menu item ordered, an original coaster among 18 will be given, distributed randomly.