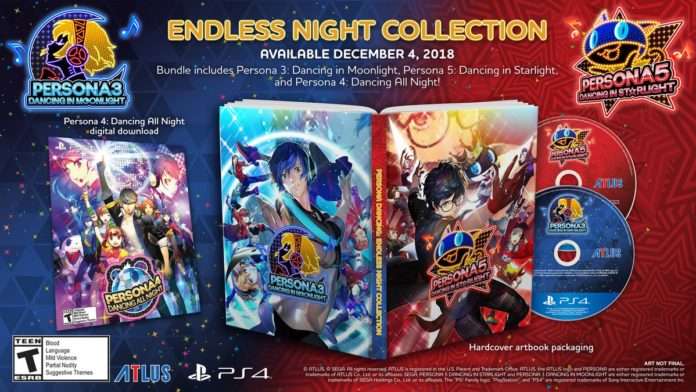 Atlus USA has confirmed that Persona 3: Dancing in Moonlight and Persona 5: Dancing in Starlight will be released in North America on December 4, 2018.

A few days ago, their official website indicated this date through the pages for the upcoming rhythm games, and they were quickly taken down. Both P3D and P5D were previously announced for PS4 and Vita release in the West in early 2019.

Additionally, an “Endless Night Collection” bundle has been announced, which will include both games for the PS4, as well as a digital version of Persona 4: Dancing All Night (and the PS4 version of the game exclusive to the PS4 bundle).

Versions of the Game and Pricing (Amazon US)

The Persona Dancing: Endless Night Collection will be available for $69.99 | $99.99 (PS Vita | PS4) on December 4, 2018. Persona 3: Dancing in Moonlight and Persona 5: Dancing in Starlight will be available standalone for $39.99 | $59.99 each (PS Vita | PS4). Physical pre-orders for each of the individual games and the Persona Dancing: Endless Night Collection are now available at https://atlus.com/personadancing/. 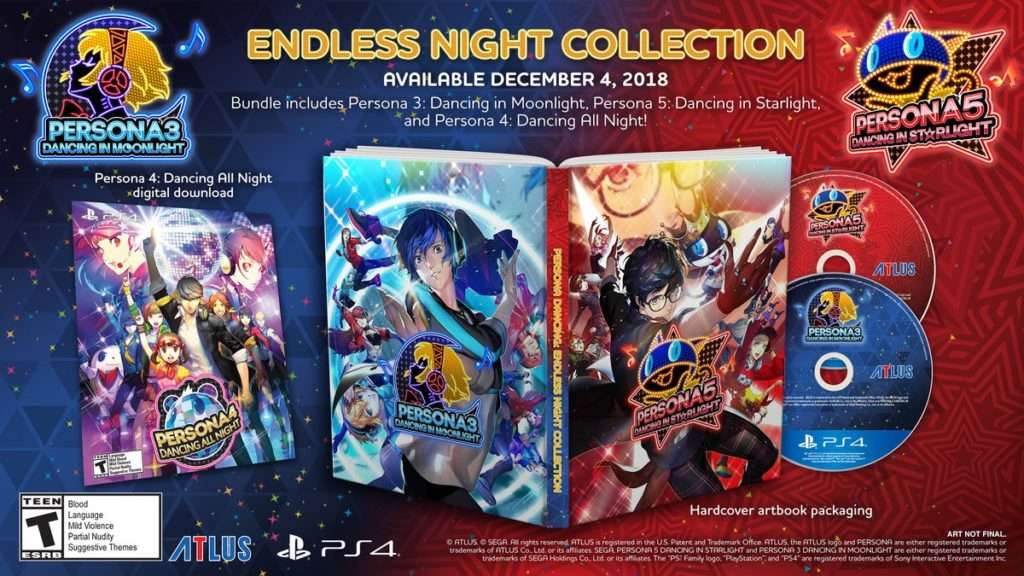 Get the Club Velvet VIP Treatment with the Persona Dancing: Endless Night Collection:
Persona 3: Dancing in Moonlight and Persona 5: Dancing in Starlight features include:

Persona 3: Dancing in Moonlight and Persona 5: Dancing in Starlight will be available on PlayStation 4 and PlayStation Vita platforms in the Americas and Europe on December 4, 2018. The game has been rated T for Teen by the ESRB. Please visit the official website for more information: https://atlus.com/personadancing/.

The release date version of the announcement trailers Atlus released during E3 2018.