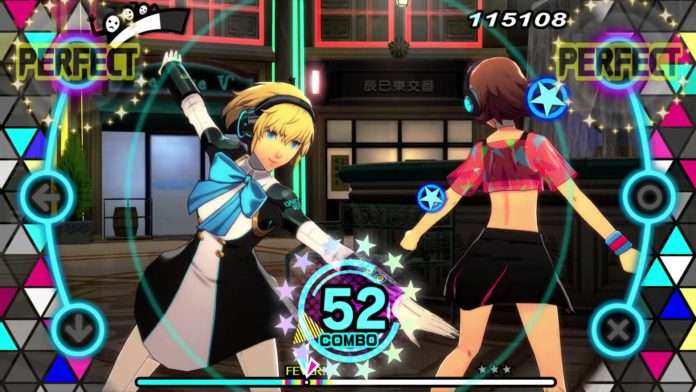 Atlus USA has released English demos for Persona 3: Dancing in Moonlight and Persona 5: Dancing in Starlight on the PlayStation Network in North America.

Information on digital pre-orders for the games, which are available today, has also been released.

Finally, a collaboration for P3D/P5D character macarons has been announced.

Atlus USA has stated that the demo will be released on December 11th in EMEA territories.

The demo consists of 4 playable songs in the PS4 versions of each of the games.

Cut a rug with the Persona gang! Persona 3: Dancing in Moonlight and Persona 5: Dancing in Starlight demos are now available on PlayStation 4 in North America. Ahead of the full games’ December 4 launch, these demos contain four songs each from P3D and P5D, including P3D’s Burn My Dread (Novoiski Remix), Light the Fire Up in the Night, P5D’s Rivers in the Desert (Mito Remix), Blooming Villain, and more, giving players a sample of the full list of catchy tunes.

Hit the dance floor with Persona 3’s SEES and Persona 5’s Phantom Thieves in a free PS4 demo for each game before their release on December 4. Available now, each games’ demo features four pulse-pounding songs from the full versions!

Additionally, digital pre-orders for each individual title on PlayStation 4, as well as the Persona Dancing: Endless Night Collection, are open today on the North American PSN Store. Those who pre-order the digital versions will still receive the same pre-order bonuses as the physical versions. Shinjiro Aragaki will be available in Persona 3: Dancing in Moonlight with the final boss theme of Persona 3,”Battle Hymn of the Soul,” and in Persona 5: Dancing in Starlight, Goro Akechi will come with the Persona awakening theme of Persona 5,”Will Power.” All digital pre-orders of the Persona Endless Night Collection will grant both characters and theme songs on the game’s launch on December 4. Both Akechi and Shinjiro, as well as both of their songs, can be used interchangeably in either P3D or P5D.

For European fans, digital pre-orders will not be available for P3D, P5D, or the Endless Night Collection. However, any digital purchases of the game(s) within two weeks of launch will provide the same bonuses as the digital pre-orders described above. This applies to both the PS4 and Vita versions of the games. Also, EU fans will be able to get their dancing shoes on in the P3D/P5D demos on December 11*!

The demo pages on the PlayStation Store have new screenshots for the English localization of the upcoming rhythm games. 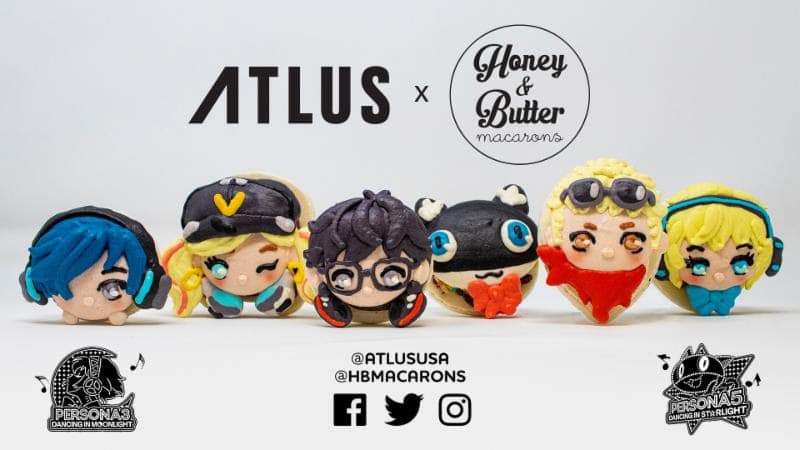 Finally, we’re excited to announce a collaboration with the Irvine, California, Honey & Butter Macarons! Honey & Butter will be selling special P3D/P5D character macarons, as well as a selection of exclusive P3D/P5D merchandise from November 24-28 at the Irvine Spectrum. The entire bakery will be redecorated to feature the Phantom Thieves and SEES in their stylish dancing outfits. If you’re a fan of Persona and plan on being in the area from Nov 24-28, be sure to stop by!

Persona 3: Dancing in Moonlight and Persona 5: Dancing in Starlight was released for the PS4 and PS Vita on May 24, 2018 in Japan. They were released for both platforms in Traditional Chinese on September 20, 2018, and will be released on December 4, 2018 in North America and Europe.