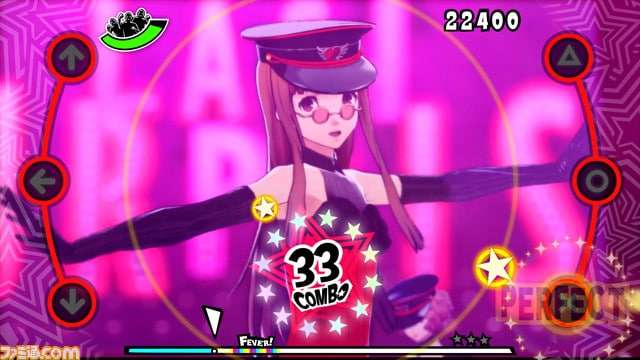 The upcoming issue of Weekly Famitsu magazine March 8, 2018 or issue #1525 (releasing on February 22, 2018) will feature information on the two rhythm games, with a focus on costumes and accessories to customize the looks of the characters, and an emphasis on Futaba Sakura and Haru Okumura for P5D, and Fuuka Yamagishi and Ken Amada for P3D.

The screenshots above are ones that could not be included in the upcoming feature.