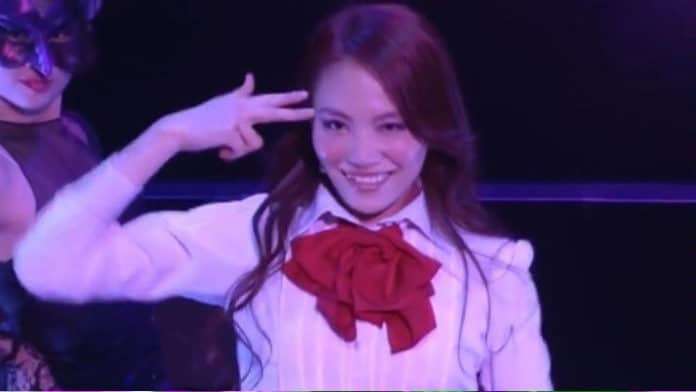 Update (2016-08-25): The sequel in the Persona 3: The Weird Masquerade series has been announced to take place on April 14 to 23, 2017. It will take place at Tokyo Theater G-Rosso (the same venue as the previous Persona 4 Arena Ultimax stage show).

The first “Song Collection Screen LIVE” event for Persona 3: The Weird Masquerade started on August 24, 2016 at 10:30 AM JST and lasted for about 90 minutes. This was an event where a re-edit of the musical scenes was shown from The Blue Awakening, The Ultramarine Labyrinth and Bismuth Crystal (titles of the previous Persona 3 stage shows in order).

At the end of this event, the fourth episode in the Persona 3: The Weird Masquerade stage show series was announced.

The currently announced performers for this fourth play is a list of the returning actors from previous ones:

Further details for the next entry in Persona 3: The Weird Masquerade will be announced during the next “Song Collection Screen LIVE” event on August 25 at 4:30 PM JST.

The third adaptation, Bismuth Crystal, was announced in February 2015, and received a home DVD release in September 2015.