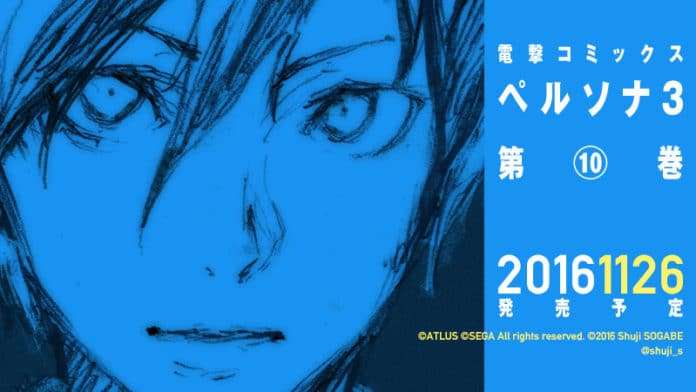 The author for the ongoing Persona 3 manga series, Shuji Sogabe, has confirmed via Twitter that the tenth volume will be released this month on November 26, 2016.

Additionally, he states that the final volume—Volume 11—will be released in spring 2017. 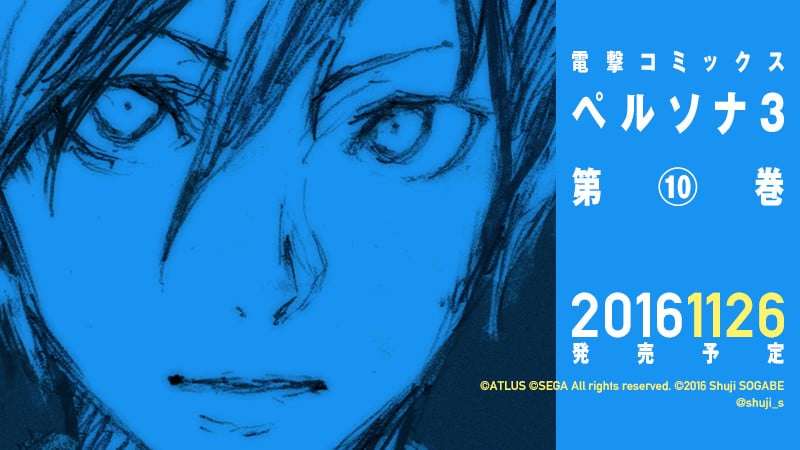 Earlier this year on January 27th, Volume 9 of the Persona 3 manga adaptation series was released.

The Persona 3 manga had its debut in Kadokawa’s Dengeki Maoh magazine in February 2007. It was an adaptation of the PlayStation 2 video game released in 2006, illustrated and written by Shuji Sogabe. Since then, the manga has had an irregular serialization schedule, with the most recent volume having released in Japan on January 27, 2016.