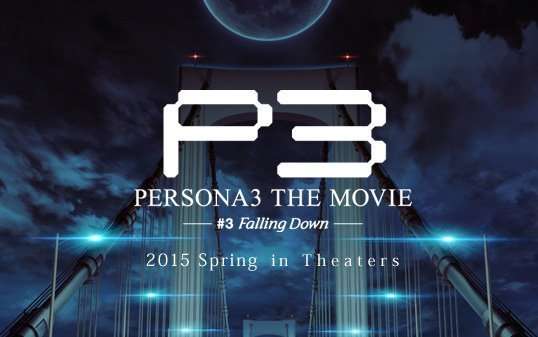 The third Persona 3 movie, entitled “Falling Down“, has been announced for a Spring 2015 theatrical release window in Japan. 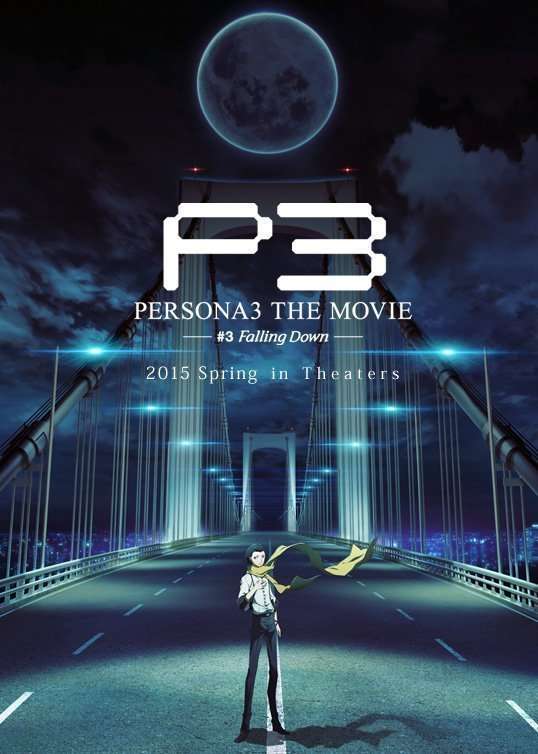 An introduction for the movie via Gematsu:

“Somehow or another, I knew—you’re afraid of losing, aren’t you?”

The season is fall. The Specialized Extracurricular Execution Squad’s battle against the strange “Shadows” is nearing its close.

To bring the “Shadow Hour” to an end, Makoto and friends must battle the Shadows once again.

Through these battles, some face the deaths of friends and family, some become aware of the important things they must protect, and some must find meaning in the battles they’ve fought so far.

And then, a new transfer student named Ryoji Mochizuki appears in Makoto’s class—.

As a new morning is welcomed, the gears of fortune once again begin to turn, and the battle surrounding each relationship begins—.

Additionally, the Blu-ray and DVD releases for the second movie, Persona 3 The Movie #2: Midsummer Knight’s Dream, have been announced for a March 11th, 2015 release date.

The regular editions will cost 6,000 JPY (plus tax) for the Blu-ray release and 5,000 JPY (plus tax) for the DVD release. It will include: the main video with 4 minutes of “Director’s Cut” footage, audio commentary and a collection of preview trailers and commercials as well as the theatrical release version of the main video (only for the Blu-ray version).

The limited editions of the Blu-ray and DVD releases will cost 8,000 JPY and 7,000 JPY respectively (excluding taxes) and, in addition to the main disk, they will include: a soundtrack CD, a special cover, a 48-page booklet, a Persona 3 seal with 10 paper sheets and three illustrated cards.