A new “Persona X Pasela Resorts” collaboration has been announced to commemorate the entirety of Persona 3 The Movie, from April 29 to May 29, 2016.

To commemorate the completion of the Persona 3 movie adaptation series with Winter of Rebirth, 11 items from from previous P3M collaboration menus will be offered for a limited time at the Ikebukuro Nishiguchi Pasela Karaoke location. 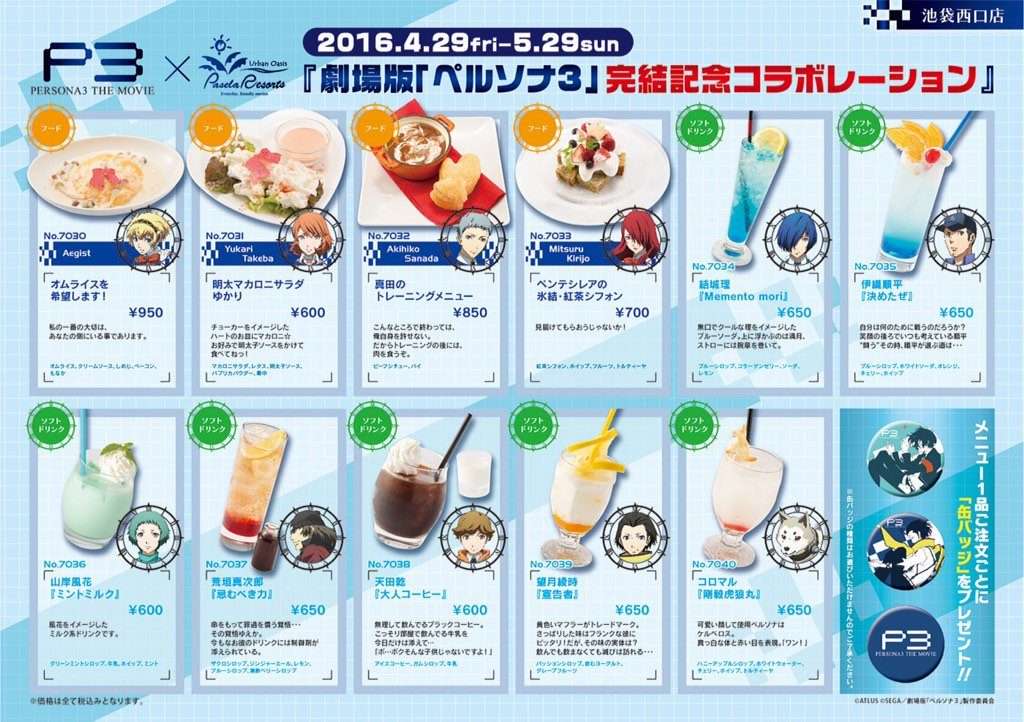 Limited original badges will be distributed at random per Persona 3 collaboration menu order.

The collaboration will include the limited edition distribution of the four theme songs for the Persona 3 films as available choices at all Pasela Resorts karaoke locations.

As part of the collaboration, customers will be given a campaign card when they order from the Persona 3 The Movie menu. A seal will be stamped on the corresponding menu item that was ordered, and customers who collect seals for all 11 menu items during the collaboration period will be eligible to receive one of four special coasters of their choice. 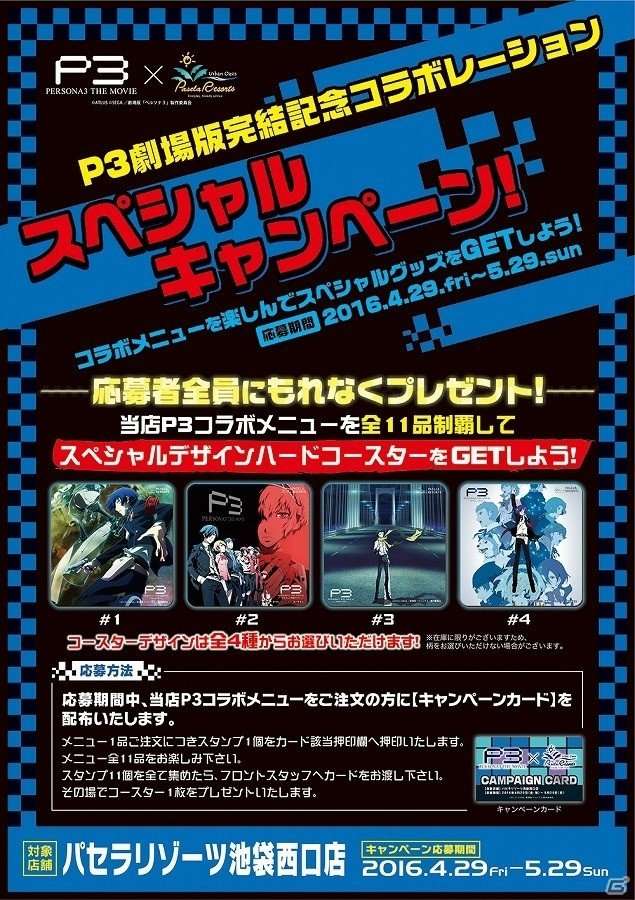 Pasela resorts is a coffee shop which doubles as a karaoke bar. This will be the eighth Persona cafe collaboration with Pasela Resorts, with the others having been the following: