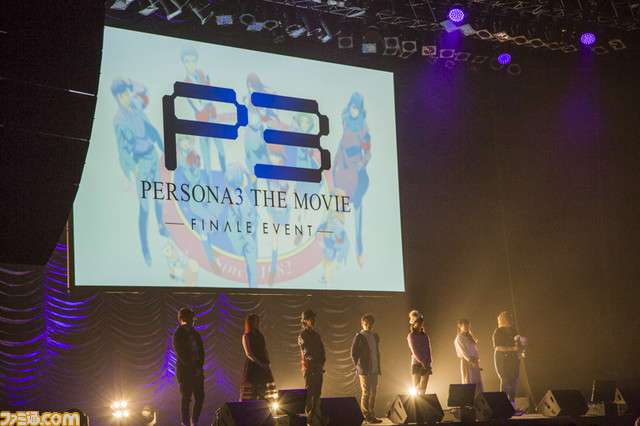 Similar to the Junes New Year Golden Thanks Fair 2015 event which took place on January 25, 2015 for Persona 4 the Golden Animation, the Persona 3 The Movie Finale Event happened earlier this month on March 5, and Famitsu has summarized it.

The Persona 3 The Movie Finale Event took place at the Tokyo Shinagawa Stellar Ball, commemorating the end of the 4-part movie series and the 10th anniversary of Persona 3 this year. Many members of the main cast were gathered together for the first time for an event like this. Tickets for the venue were completely sold out, and there were 10 theaters nationwide where live viewing for the event took place.

After greetings, the cast moved on to the topic of celebrating Persona 3‘s 10th anniversary, with reminiscing about the game’s release from Midorikawa and talk of Tanaka being a big gamer.

Once the discussion was over, the cast held a play. The first skit depicted the Specialized Extracurricular Execution Squad during summer (including Maaya Sakamoto [Aigis’ role] who could not appear that day) each envisioning their own ideal image of Makoto Yuki. From bright and energetic, to an idiot who trains a lot, to Phoenix Ranger Featherman Red, to a “gyaru” Makoto Yuki, etc. The venue erupted in laughter at the skit.

A second play depicted the male members of SEES in an open-air hot spring bath at a school trip after they had been “executed,” along with a “re-execution” by Fuuka, Yukari and Mitsuru after Ryoji came up with a “chance opportunity” strategy. Pre-recorded dialogue from Aigis was played during this skit, as well as voice from Koromaru to engage all members of the cast.

When the two plays were finished, the third set of special guests appeared: Lotus Juice and DJ WAKA. They played the second and third movie theme songs along with Yumi Kawamura: “Fate is In Our Hands” and “Light in Starless Sky.” 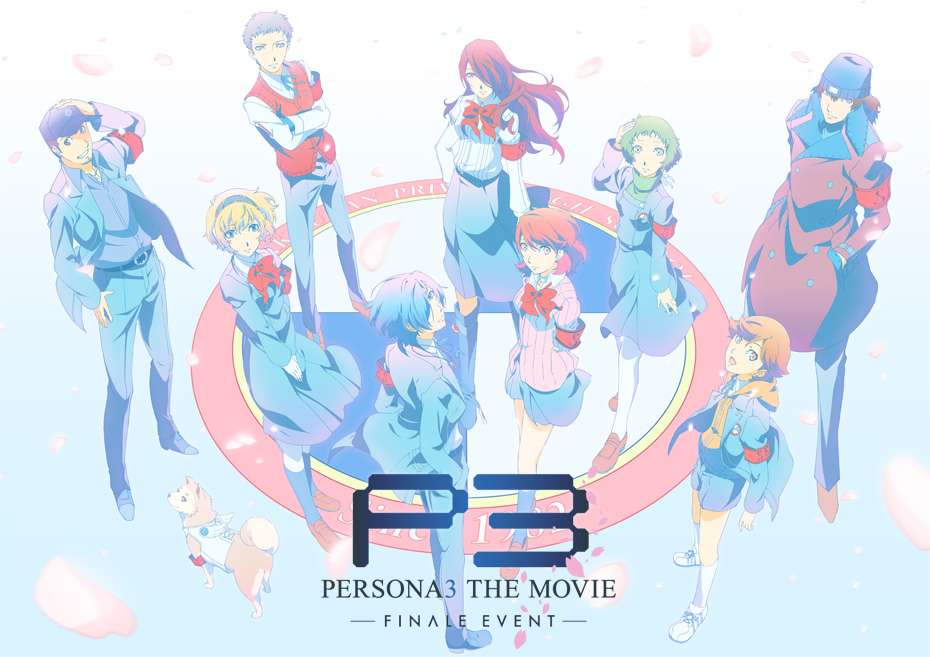 The live performance ended and the cast of voice actors once again appeared on stage. They answered questions which were solicited before the event for a “Dark Hour Questionnaire” segment. There were four questions in total. The first question was “After the end of the final battle, how would you reward Koromaru? And what would you have to say to Aragaki?” Toyoguchi and Midorikawa, who have dogs, answered this question. After getting derailed with a dog lovers discussion, Midorikawa—who played the close friend of Shinjiro Aragaki—acted as Akihiko to answer the second part.

The second question was “What are the things you see everyday that remind you of Persona 3 characters?” The answers included: “takoyaki” (Noto), “clothes pin” (Toyoguchi), “Mark Ruger 1 (model)” (Ishida) and “mail order program” (Tanaka).

The remaining two questions were asked by staff themselves. Question 3 was from Maaya Sakamoto (Aigis’ role): “What advice would you give to yourself 10 years ago?” Being different from the previous two questions, the cast had difficulty coming with an answer, but they finally came to a consensus: “exercise.”

The final question was by the director of the fourth film Tomohisa Taguchi: “What were your impressions of the characters’ flow and feelings, and your impressions on the direction?” The discussion entirely became about the movie version of Persona 3. The cast acted out memorable scenes and memories in a third play.

When the cast finished discussing, the event entered its final stages. Kawamura appeared on stage again to sing the main theme of the final movie “My Testimony” and, at the end of the performance, the stage went dark. “Is this the end of the event?” After that thought, a video of the last scene of Persona 3 (“Promise Day” on March 5) was displayed on a monitor. Subsequently, Kawamura performed the ending theme of Persona 3 “Kimi no Kioku.”

After the last live performance ended, all of the voice actors and music artists who appeared during the event went on stage for a final greeting. Words from the game like “Tarunda!” were shouted out and everyone had their own reactions, with some of the members moved to tears like Ogata and Tanaka. The cast gave their final thoughts on being involves with Persona 3 for 10 years, ending with a thank you to the fans and the curtain on the large-scale event closing.