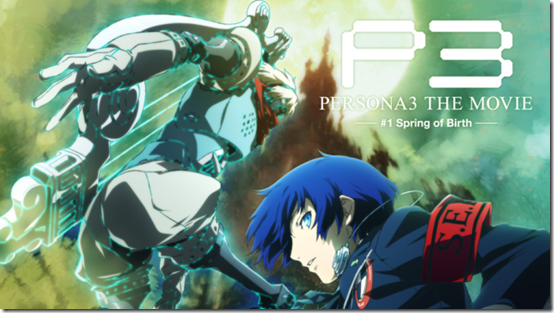 Persona 3 The Movie #1: Spring of Birth opened in Japanese theaters last weekend on November 23, 2013 and performed rather successfully with 40,000 people attending the showing for the first two days after its release.

Despite the newest Studio Ghibli film by the name of The Story of Princess Kaguya debuting on the same day as the Persona 3 movie, the film managed to amass a box office revenue of 60,912,300 yen (approximately $600,000 USD) with 40,000 people watching the showings across over 30 movie theaters in Japan.

Persona 3 The Movie #1: Spring of Birth ranked seventh place across all theater viewings, however it was ranked first among Japanese mini-theater rankings.