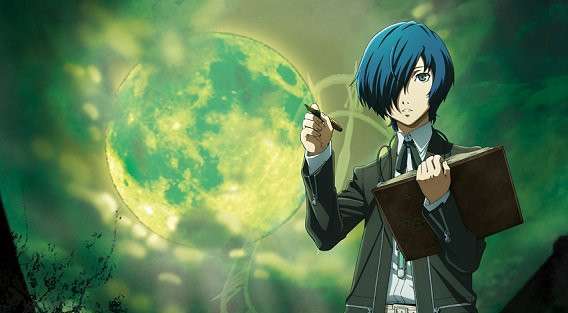 Following the announcement of the Persona 3 The Movie: Escape from the Dark Hour real-life escape game in December 2015, new details and merchandise for the event have surfaced.

With the event being held at the Tokyo Joypolis amusement park from January 30 to March 13, 2016, additional performances have been announced to be held at Osaka—at the NU chayamachi shopping mall—starting on February 20th.

During the event, participants will have to cooperate with each other using clues to resolve mysteries to escape from the Dark Hour, while listening to hints from the protagonist Makoto Yuki (voiced by Akira Ishida).

In the Osaka venue, original merchandise will be sold using illustrations for the event. New merchandise for the Tokyo Joypolis section of the event have also been revealed.

Participants at Tokyo Joypolis will be able to take a commemorative photo at the attraction with an original frame once they have cleared the attraction. 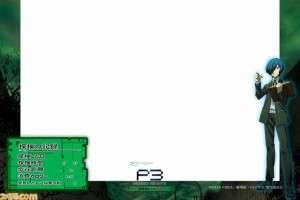 Using a digital photo studio, which can take high-quality photographs, there are also pictures which can be taken with 6 other original Persona 3 The Movie themed frames.

Tokyo Joypolis has a “Fortune Forest” attraction designed to to tell participants their future, and two Persona 3  The Movie themed printouts for it will be sold.

Like the ongoing Pasela Resorts collaboration, Joypolis will have food and drink menu items themed after the Persona 3 The Movie escape game.

At the “Frame Cafe” on the third floor:

At the “Dippindots Ice Cream” on the first floor:

Tickets include original “path cases” and novelty tickets, in a limited quantity.