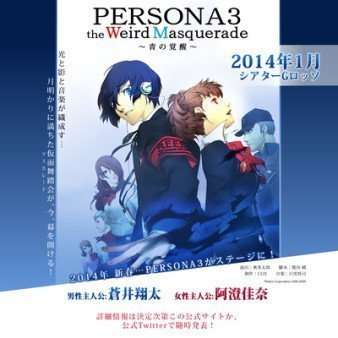 The previously announced Persona 3 stage play adaptation to premiere in January 2014 will feature two separate performances to accommodate both the male and the female protagonists.

According to Anime News Network, casting information for certain characters such as Genki Okawa and Yuuki Fujiwara respectively playing the part of Junpei Iori and Akihiko Sanada has been announced.