The Persona 3 Thanatos figure was announced by figure producer MegaHouse at the Mega Hobby Expo 2019 Spring. The figure is produced by MegaHouse, as part of their “Game Characters Collection DX” series.

Pictures of the complete model for Persona 3 Thanatos, the main character’s persona, have been released. The figure was under the supervision of Persona series art director Shigenori Soejima. 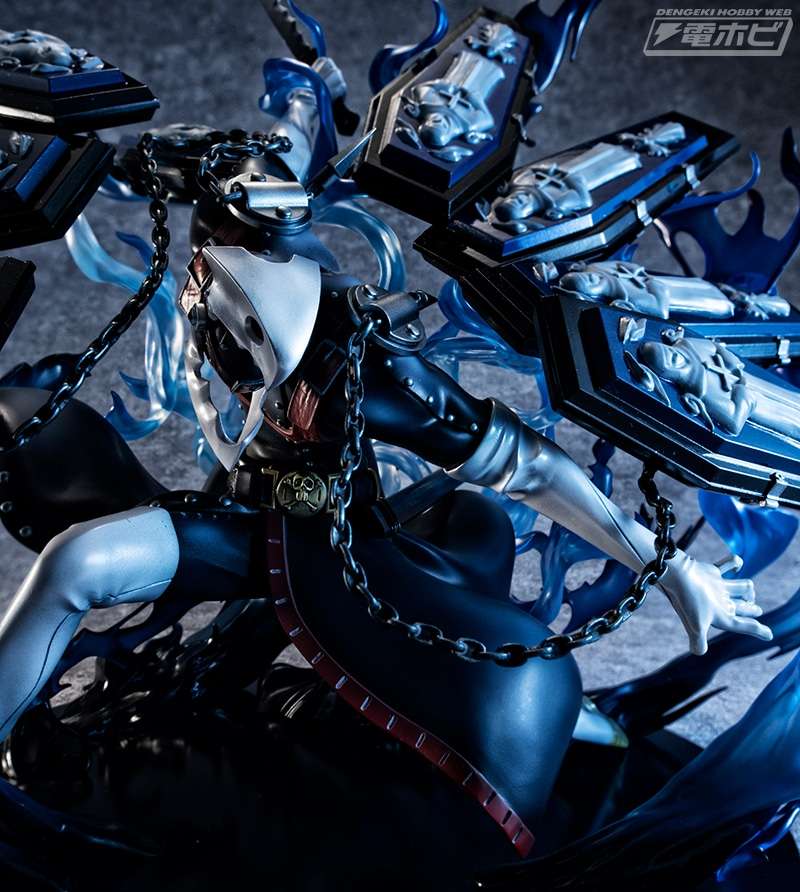 A faithful reproduction of Thanatos, who is reminiscent of the grim reaper. It features intricately designed, intertwining effects and numerous coffins, with a bold pose wielding its sword.