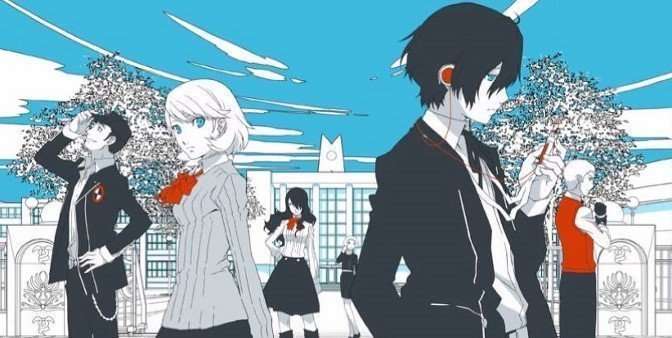 Spring of Birth is a smart adaptation of the source game that adds the right amount of original scenes to condense hours of story into a much shorter film.

As a huge fan of the original game, I met the announcement of a Persona 3 movie series with a big grin and a shrug of my shoulders. I didn’t think the movie wouldn’t be good, per se, but I knew it would be a fun bit of nostalgia.

I was wrong though. The first Persona 3 movie is definitely a fun bit of nostalgia for fans of the game, but at its core, it’s also a good movie. 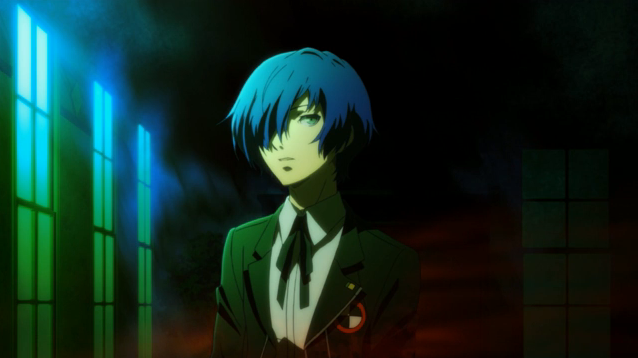 Entitled Persona 3 The Movie #1: Spring of Birth (a bigger mouthful than a Hagakure bowl), this first film is successful due to a mix of respect for the source material, as well as the confidence to make changes in the name of a better final product.

Character is of paramount importance to the story of the Persona games, and thankfully, the treatment of the characters in Spring of Birth is one of its strongest points. It is the characters that give the movie a successful and satisfying arc, as the plot itself is primarily focused on world building and introducing the dangers facing the city of Iwatodai.

Even with the majority of plot threads left hanging after the credits roll, Spring of Birth feels like a satisfying and complete journey in and of itself. This is thanks to the protagonist, now named Makoto Yuki. Makoto is a fantastic addition to the series, and the effects of his characterization both help the movie stand on its own, as well as help transition plot lines from the game to the movie. For example, Makoto’s ambivalent nature to the risks of fighting shadows forms the basis of the movie’s plot, as he comes to realize what’s at stake when fighting shadows. His ambivalence also emphasizes beats from the game itself, such as Junpei’s jealousy or Yukari’s frustration with S.E.E.S. 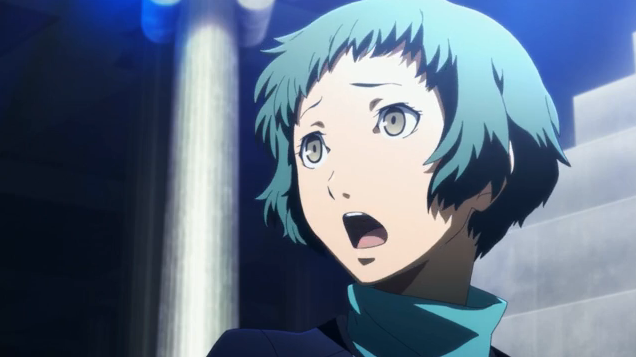 While all of the characters do well with the screen time they’re given, special attention should be paid to the movie’s treatment of Fuuka Yamagishi. While your mileage may vary on Fuuka as a character in the game, her treatment there was somewhat troubled. Her plot line was rushed, distilling some potentially interesting material down into a somewhat confusing friendship. However, in the movie, Fuuka’s trials with her friend Natsuki are given a couple of movie original scenes that really elevate the material. Their friendship seems more plausible in the movie, and Fuuka herself is given just enough more screen time to really live up to her potential.

For the most part, Spring of Birth is downright gorgeous visually. The art style of the characters stays true to the original designs of Shigenori Soejima, changed just enough to fit in with the overall look of the movie. 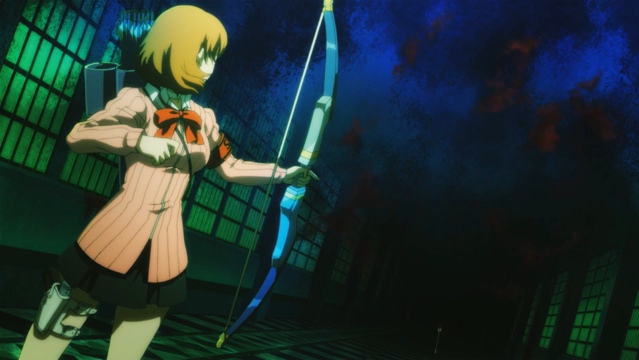 However, it is the world of Spring of Birth that really pops off the screen. Backgrounds are detailed and involved, in both their real world and Dark Hour appearances. For as good as everything looks during the day, though, the Dark Hour is the most impressive. More than just a green filter, Iwatodai is nearly unrecognizable after midnight, with an intoxicating mix of green, red, and dark blue invoking the sense that the characters are somewhere they shouldn’t be.

There are some blemishes to Spring of Birth’s presentation. Animation is largely limited, as most scenes rely on interesting framing to keep dialogue sequences visually exciting, but what animation is there is fluid. However, the fight scenes themselves are strangely uninteresting to watch compared to the rest of the film. In some cases, the characters might animate smoothly during a fight, but the angle from which it’s presented drains the proceedings of some excitement. 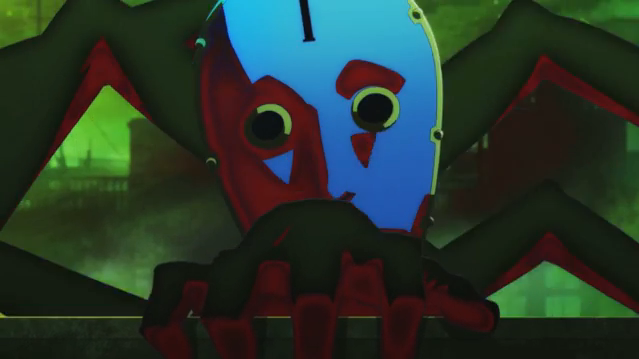 This is best exemplified by the final fight, which suffers from some notable pacing problems, dragging on well longer than it should. Add in some poor framing and a rare misuse of the evokers, and the final fight ends the movie with a shrug rather than a bang. Luckily, even in spite of a lackluster combat finish, Spring of Birth ends on a relative high note, due in part to that loveable rascal Makoto Yuki and other strong character moments.

It’s important to keep in mind is that the blu-ray is an import from Japan, and as such, defaults to no subtitles. The menu itself is also in Japanese, so some knowledge of the language (or at least a guide) is needed to activate subtitles. Once you do though, the subs are well written and (largely) true to the naming system of the localized game, making them a good read as the movie plays. Keep in mind there is no dub, so those who enjoy the English voices will be out of luck.

Finally, for fans of Persona 3, there is a ton of fanservice for those who have played and loved the game. The majority of the everyday scenes play out like a game of “Where’s the Social Link?” on a second viewing, so fans can at least see some side characters that couldn’t fit into the movie’s full run time. In addition, the opening of the movie is a fantastic collection of original shots combined with game music that is great fun from start to finish.

Persona 3 The Movie #1: Spring of Birth is not perfect by any stretch of the imagination. Fights are more boring than they really should be, and the plot can be a bit much to take in without prior knowledge from the games. However, the positives far outweigh the negatives in a lot of surprising ways. The pacing for the movie as a whole is crisp but not too rushed. The motivations of the characters provide a great thread for the audience to follow while the plot itself focuses on framing Iwatodai and the challenges the characters will eventually face. Spring of Birth is very obviously the first part of something greater, but through strong visuals and interesting characters, it is a journey well worth taking. After all, every great journey is worth starting with a spring in your step.