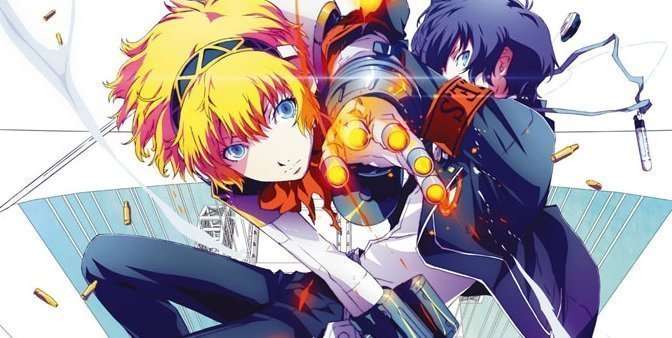 Persona 3 The Movie #2: Midsummer Knight’s Dream is a very enjoyable movie with great fights that succeeds in spite of some clumsy character development.

Nearly ten months after the blu-ray release of Spring of Birth, the sequel is finally here. Entitled Persona 3 The Movie #2: Midsummer Knight’s Dream, the film is another impressive adaptation of a very story heavy game. At its best, P3M#2 is a beautifully realized world, with fluid action and impressive direction. However, P3M#2 also has a host of pacing problems that impact some important character development. Enjoyable from the very first fight, Midsummer Knight’s Dream is still a good movie, but it’s held back from greatness by a few missteps. 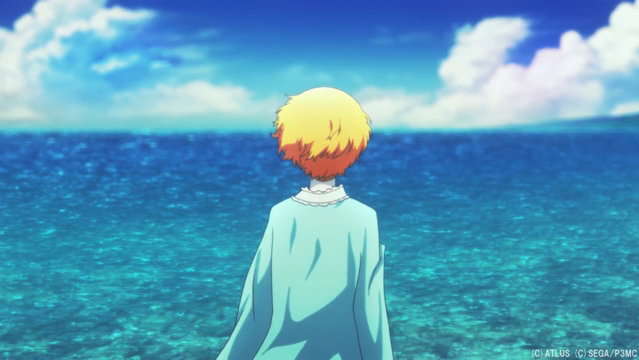 Before I talk about those missteps, something has to be said about the film’s presentation. Like Spring of Birth before it, Midsummer Knight’s Dream has a fantastic sense of style. The characters are all sharply designed, and in a fun twist for fans of the game, actually seem to possess more than one change of clothes. The world the characters inhabit is simply beautiful, even when it’s distorted by the Dark Hour. The Dark Hour is once again highlighted by dark shadows and unnatural smears of blue and red, creating a palpable sense of unease. Both the characters and the backgrounds are helped by a smart sense of direction, which culminates in several stand out shots. If you’re looking for a new wallpaper, you’re bound to find a good shot in this movie.

The strong direction is especially apparent in the fight scenes, which combines tons of fluid animation with creative framing to really keep the viewer on the edge of their seat. Each fight puts new demands on the characters, and seeing the protagonists work together to overcome each new challenge is a delight. While each character gets their share of screen time during these fight sequences, it is Aigis that steals the show. Some of the most impressive shots involve Aigis darting about, dodging attacks, and raining bullets on the enemy shadows. For fans of the game, I think it’ll be difficult to watch her Orgia activation sequence without getting goose bumps. 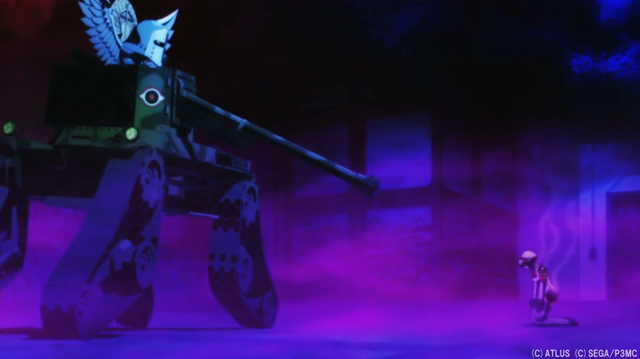 Another aspect of the presentation that’s worth noting is the audio. To the surprise of very few, the music in Midsummer Knight’s Dream is fantastic. The game music is implemented well in the film, having just as much of an impact here as it did in the original game. More impressive though, is the collection of new tracks. There are a few original instrumental pieces that fit the vibe of Persona 3, while also bringing a fresh atmosphere unique to the movie. Without a doubt though, the best songs are the two new vocal tracks, which bookend the movie. Both fit their scenes perfectly, and are still great songs on their own. Also, for those interested in voice acting, the Japanese actors are as solid as ever, doing especially well the final scenes. There is unfortunately no English dub, as again, this is a Japanese import.

The presentation of Midsummer Knight’s Dream sets a very high bar, and for the most part, the characters and plot are at that same level. With new additions to S.E.E.S., it’s only natural that some of the notable characters from the first film are given drastically reduced roles here. Luckily, many of these characters also make the most of their screen time, with some well written scenes giving the audience a reason to care. Yukari, and especially Akihiko, are good examples of this. Midsummer Knight’s Dream is not all seriousness and emotions though, with some solid character humour breaking up the earlier scenes, before eventually fading out as the drama comes to a head. 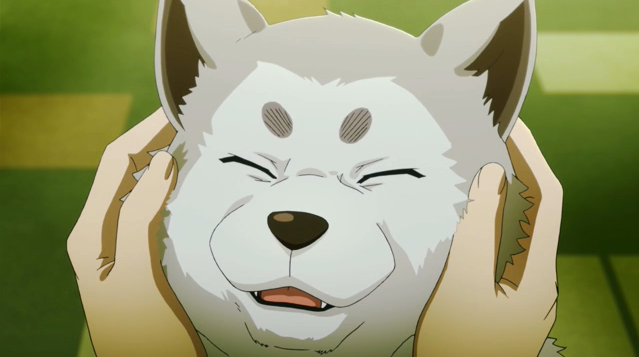 Much like the first film, Persona 3 The Movie #2 combines a larger plot that stretches beyond this movie with a smaller, character focused sub-plot that gives the movie its own complete arc. Unlike the first film however, the larger plot is not just world building, but rather the protagonists trying to achieve a specific goal. If S.E.E.S. can beat the remaining massive shadows, they can bring an end to the Dark Hour, and the threat of shadow attacks. This larger plot is a welcome addition, as it gives the struggles of the protagonists more weight, and more importantly, a sense of purpose.

Unfortunately, the greatest weakness of Midsummer Knight’s Dream is its mishandling of its primary subplot. It starts promising enough, as some members of S.E.E.S. begin to worry that ending the Dark Hour will take away their sense of purpose, or belonging. This feeling is shared between Makoto Yuki and Ken Amada, but despite some bright spots, both sides of this arc feel a little flat. Somewhat ironically, Makoto’s and Ken’s stories suffer from poor pacing, but in completely different ways. Many of Makoto’s scenes seem to reiterate his emotional struggle, rather than develop it. Despite treading water though, the final scenes of the movie really build upon his earlier scenes, and provide an effective conclusion in some wordless, but powerful shots. Ken, on the other hand, has too much happening in his arc, which ends up making his contributions to the movie seem unfocused at times. In addition, his final confrontation with his mother’s killer is more of a straight translation from the game script, rather than a natural evolution of his new character development introduced in the movie.

Luckily, despite not being as well handled as the rest of the movie, both Ken’s and Makoto’s stories do feature some strong scenes. Ken in particular has some shots that are both beautiful and involving, such as a long, silent cut of him at his mother’s grave. Also, both arcs conclude well in spite of themselves, providing an emotional finale that provides substantial payoff for the rest of their character arcs. 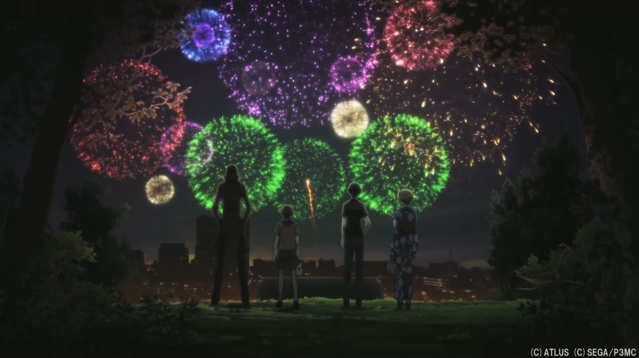 The strength of the Persona 3 movies is the smart choices made in how to adapt the source material, using original scenes to provide a central story arc that holds them together. The creators have tried to take a similar path in Midsummer Knight’s Dream, but due to an uneven touch in adapting Ken and Makoto’s character arcs, the movie is a more uneven viewing experience than it could be. Still, despite a mishandling of its emotional core, Persona 3 The Movie #2: Midsummer Knight’s Dream is a beautiful presentation, with great action and a few fun character moments that make it well worth the watch. There are powerful highs and unfortunate lows, but this is still a dream worth having.