Via Famitsu, the home release of Persona 3 The Movie #3: Falling Down has been announced for January 20, 2016.

The Atlus D Shop and other retailers will receive an exclusive Limited Edition release featuring box art illustrated by Shigenori Soejima, designed for a box to store all of the home releases (Blu-ray and DVD) of the Persona 3 The Movie series.

Previously shown illustrations for the movie will be given as A3 size (297mm x 420mm) posters for those who reserve a limited edition copy on the Atlus D Shop: 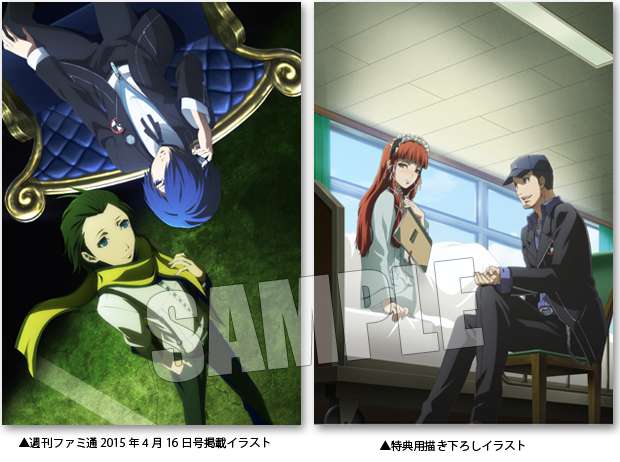 Those who reserve a limited edition copy at select retailers will also receive a B2 poster for the film’s promotional key art: 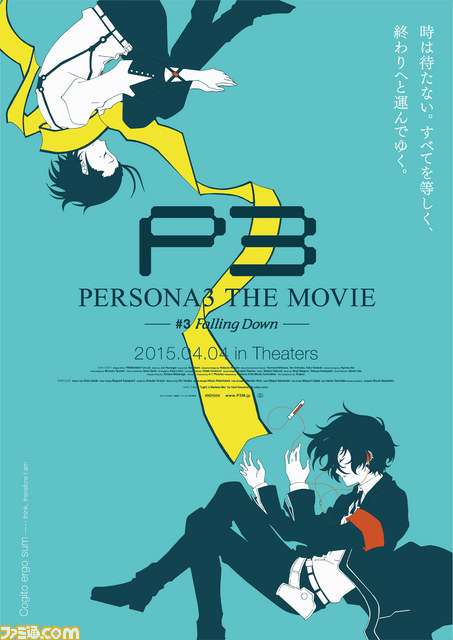 The bonus disc will have audio commentary from the creators and promotional videos/commercials of Persona 3 The Movie #3.

Persona 3 The Movie #4: Winter of Rebirth has been announced for a January 23, 2016 theatrical release.