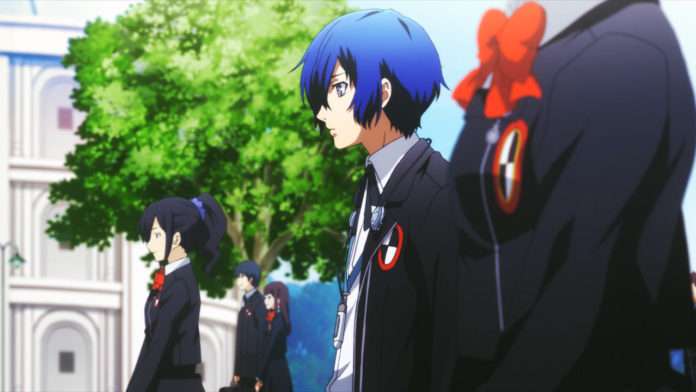 From the very start, the Persona 3 movies have walked a tight line between adapting an extremely long game, and telling complete stories in 90 minutes. The first film, Spring of Birth, started the series off strong. The second movie, Midsummer Knight’s Dream, was a solid follow up with a few issues. Now, with its recent release on blu-ray, Persona 3 The Movie #3: Falling Down aims to continue on with an adaptation of one of the most critical parts of the game’s narrative. Falling Down is enjoyable, but the cracks in adapting a 100+ hour RPG while simultaneously developing complete stories are starting to show. Falling Down treats the source material with even more love than the previous two movies, but forced storytelling drags the whole experience down.

To start, Falling Down is not an easy entry point to the series—as one might expect. Some scenes basically demand that the viewers have played the game to completion before, while others expect that you’ve seen (and remember) the previous films. This won’t be a problem for long-time fans of Persona 3, but on a couple occasions I wondered how I was expected to know something the movie took for granted. Did they foreshadow this in the previous movies? Was I just remembering the corresponding developments from the game? For example, the movie opens with a visually striking fight scene, but none of the combatants or their motives are explained.

Admittedly, most people watching this movie will have all the context they need, but this doesn’t make some of the later scene transitions any less jarring. Complete changes of tone and location happen without any explanation or attempt to smooth the transition—barring the characteristic calendar skip. 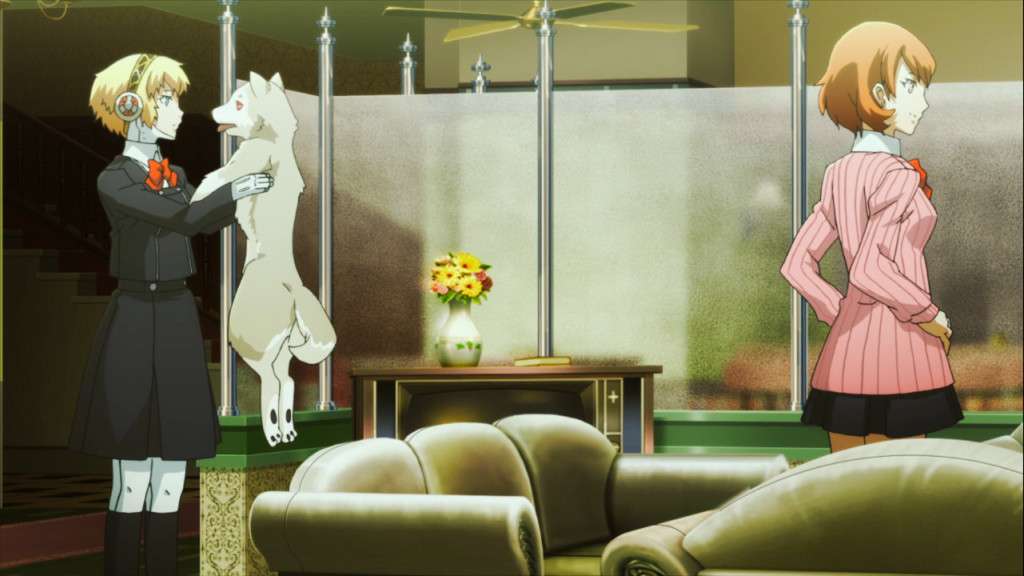 Even if context isn’t an issue, there is a problem for those who have played the game. By and large, the most pivotal scenes in the game are some of the least interesting in the movie. Avoiding any spoilers, the problem is not that these scenes are poorly presented in the film—though they are quite rushed—but rather that they don’t seem to fit quite as well within the condensed run-time of the movies. Some of the scenes in question were effective because they were an inversion of something the player had come to expect through regular gameplay. These same scenes are basically unchanged in the movie (which might be a plus for some), but without the game’s context they don’t work nearly as well. This had been a problem for the first two films, but seems even more noticeable in Falling Down due to the higher stakes the characters face.

Speaking of characters, Falling Down succeeds at focusing on the cast as a whole, rather than on smaller groups like in the earlier films. Every member of S.E.E.S. gets some good scenes, whether it be with a fight, a quiet character moment, or a good punchline. It’s especially nice to see characters like Junpei get some great moments, with his towel “issues” being the comedy highlight of the movie. Of course, one can’t discuss the characters without discussing Makoto Yuki in particular. 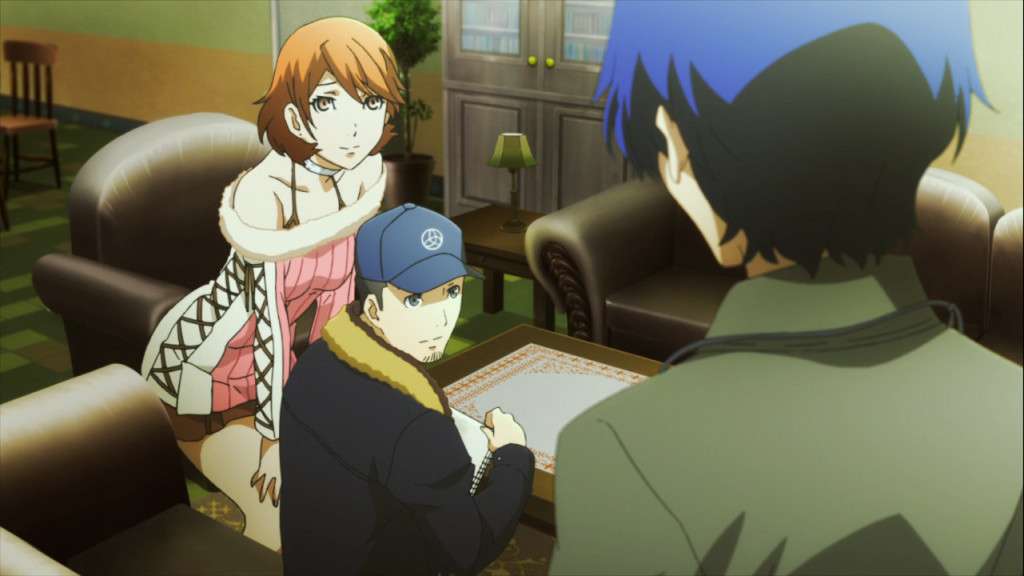 Makoto represents the player character from the games, and much like the first two films, is closely tied to the film’s overarching theme. In the case of Falling Down however, Makoto’s storyline is perhaps the most disappointing. Most scenes with Makoto consist of other characters plainly stating the main theme of the movie, while he looks a little more surprised each time. While it’s a good idea to tie Makoto to the movie’s theme—he is the protagonist after all—the complete lack of any nuance is disappointing. For example, Makoto and Akihiko have an interesting scene that uses table tennis of all things as a narrative device. The moment is ruined though, when Akihiko forgoes all subtlety and outright says what the table tennis match had already shown.

In fact, Falling Down’s greatest flaw is its insistence on telling an audience, rather than showing them. Anime can be a very interesting visual medium, as the only real limitations are the artists’ imagination and skill. It’s a shame then that with all these opportunities for strong visual storytelling, Falling Down opts for telling the audience what they are seeing. Another example of this, as spoiler-free as possible, is when the audience sees one character’s memories. The visuals have muted colours, complete with distortion over the frame; all well-known visual cues to let the audience know this is a memory. Regardless, the character in question says something akin to “These are my memories!” This seems like a minor complaint, but when the film insists on telling and not showing for the entire duration, it begins to grate. If nothing else, it’s the difference between the movie having a strong message displayed effectively, and the movie repeating itself to the point of audience disinterest. 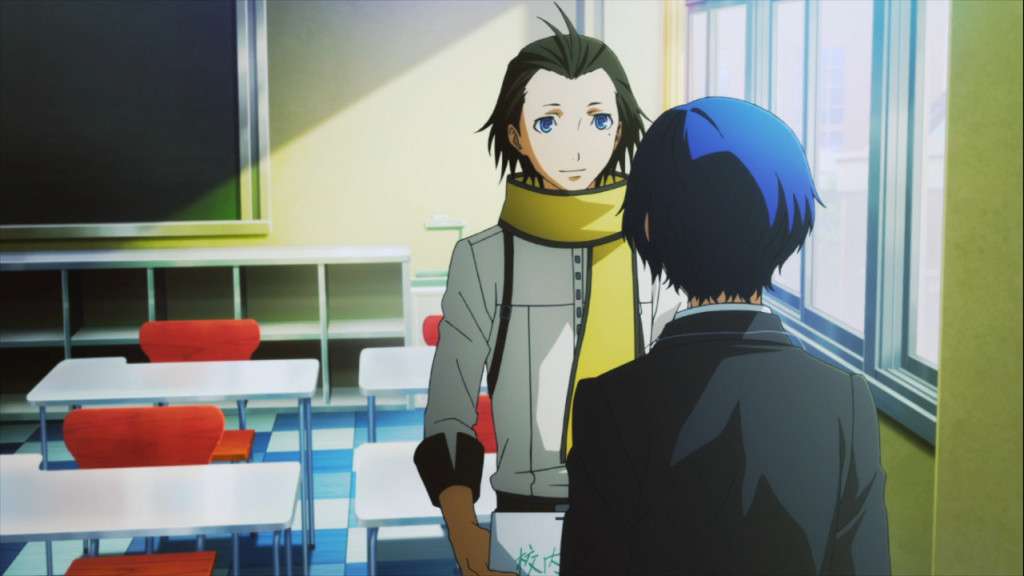 At this point, it might seem like I didn’t like Falling Down at all, and that’s not true. I certainly have issues with it as a standalone movie and as an adaptation, but as a tribute to Persona 3, this is probably the most enjoyable movie so far. In the first two, the world of Iwatodai seemed more like a backdrop rather than a place people actually lived. It was always fun to play “Spot the Social Link” when there were background characters, but everything seems to have been improved for this go around.

There are more appearances from side characters in the game, and some of them even impact the main cast in interesting ways. Makoto’s cause of debt is funny, sweet, and perfectly suited to the characters involved. Not to be outdone by characters, the setting of Iwatodai is great fun for fans of the game to watch, as familiar locales are visited from new perspectives. Add in some well utilized music from the game, and it’s clear the creators of the movie know how to show some love for the source material. And if that weren’t enough, there’s even a reference to the female protagonist path from Persona 3 Portable! 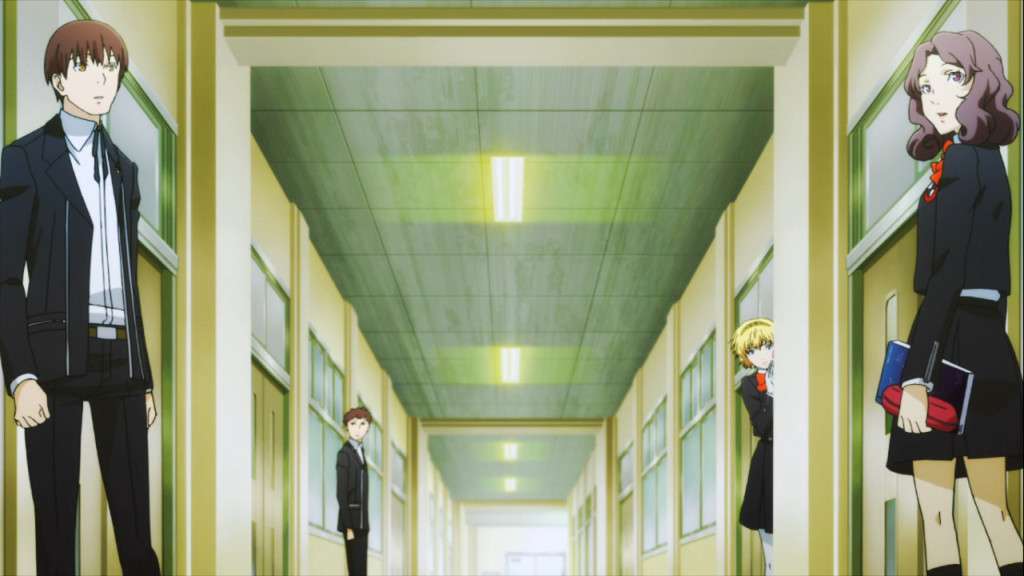 More than either movie released before, Persona 3 The Movie #3: Falling Down is an uneven viewing experience. As an adaptation, it’s lacking because it doesn’t provide valuable context for key scenes before rushing through them all too quickly. As a standalone movie, it is disappointing because it routinely makes the mistake of telling the audience what they should get from each scene, rather than showing them or making them experience it. As a tribute to Persona 3 however, this movie is a lot of fun. Even for all of the flaws with the storytelling, it’s still fun to see scenes from P3 animated in grand style. Falling Down might have stumbled more than the first two films, but it’s still a fun ride.