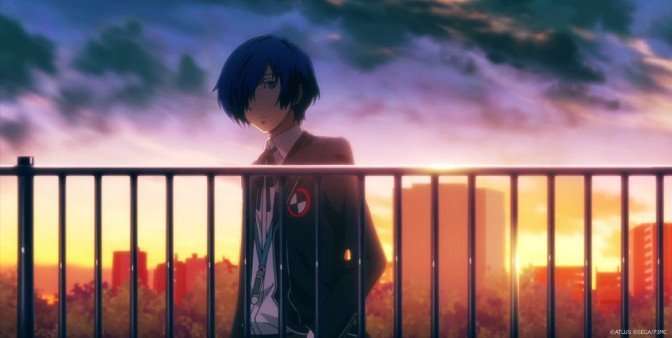 As today is a new moon, there has been a minor Persona 3 The Movie #3: Falling Down update, with the movie’s theatrical release of April 4th in Japan soon approaching.

This new update follows the previous one earlier this month, which included a new trailer for the upcoming movie as well as new key art. 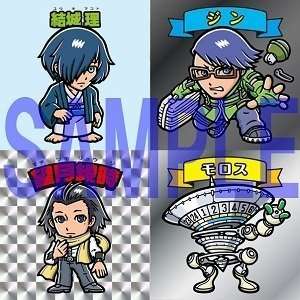 There are eight kinds, and each person will get three of them upon a visit. They’ll be given away randomly in a gift bag, and the seals will be distributed on a first-come, first-served basis.

Persona 3 The Movie #1 and #2 Abridged Versions

Releasing along with the film on April 4th, a set of merchandise for it has been revealed. This includes:

A4 size, 38 pages, full color with a Ryoji Mochizuki seal. The brochure contains several interviews with voice actors and members of the film’s production team.

Made with zinc alloy, brass and PVC, with a total length of 18cm. An Aigis themed strap with a removable ribbon charm.

Made with ATBC-PVC, with dimensions of around: 4.5 x 7 x 0.5cm. They’re plain winter clothes versions of the nine main characters in the third film. 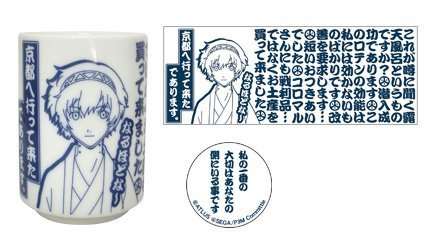 Made of porcelain, with a diameter of about 6.6cm and height of about 9.3cm. Features Aigis in her kimono, with a quote.

Made of 100% cotton, and it comes in three sizes: small, medium and large. Features main character Makoto Yuki about to summon his Persona.

Several more products can be found on the official page.

For people in Japan who want to see the theatrical release sooner, there will be movie showings taking place on April 3rd at 11:00 PM at select theaters.

Additionally, there will be a meet and greet with the voice actors on April 4th, also at certain movie theaters. A list of theaters and their showing times (in Japanese) can be found on the official page.

Relatedly, it’s worth mentioning that the recent home release Blu-ray of Persona 3 The Movie #2: Midsummer Knight’s Dream did well in terms of sales in Japan.