Following the second key visual for Persona 3 The Movie #4: Winter of Rebirth revealed in August 2015, the third piece of key art for the final film in the Persona 3 anime adaptation series has been released. 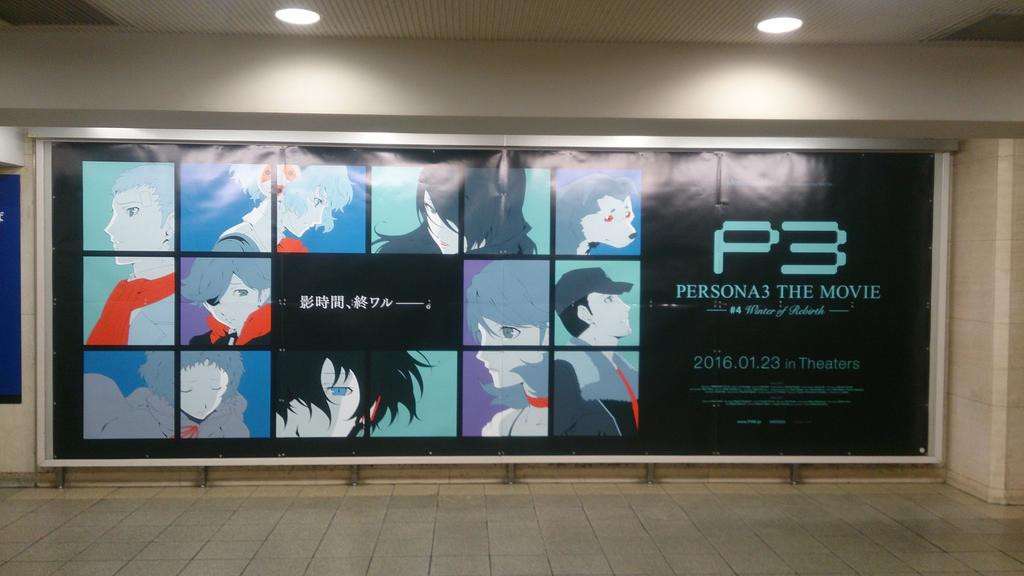 The official Persona 3 The Movie Twitter account announced that this new key art would be released via large posters in the morning of October 26th, in Japan, in the paid area of the underground passageway in Ikebukuro, as well as the Keihan Kyobashi Station.