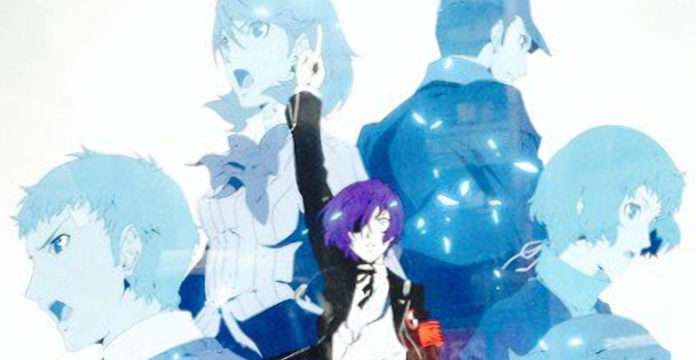 Update (2015-12-24): A promotional image of the fourth key visual has been released near Shinjuku Alta (Studio Alta) recently, which can be seen at the bottom of this post.

Following the third Persona 3 The Movie #4: Winter of Rebirth key art revealed through large promotional posters in October, the fourth key visual for the upcoming film has been shown. 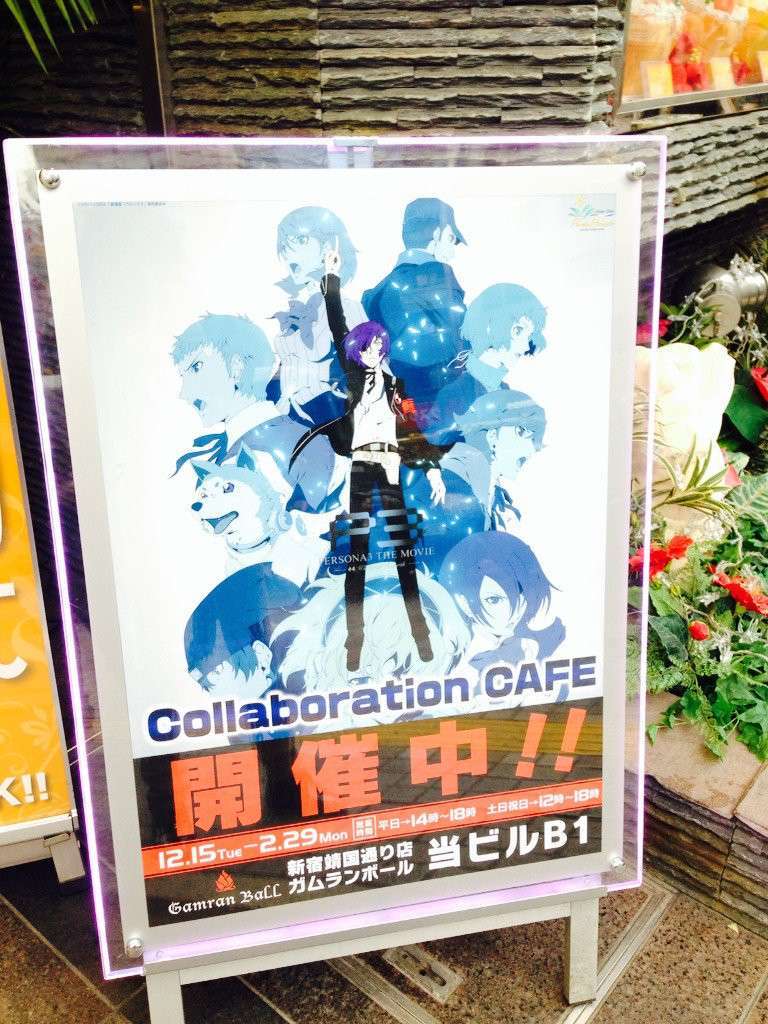 The newest key visual for the last movie in the Persona 3 film adaptation series—depicting each member of SEES with the protagonist at its center—comes from a promotional poster for the current Pasela Resorts cafe collaboration, which started on December 15th. 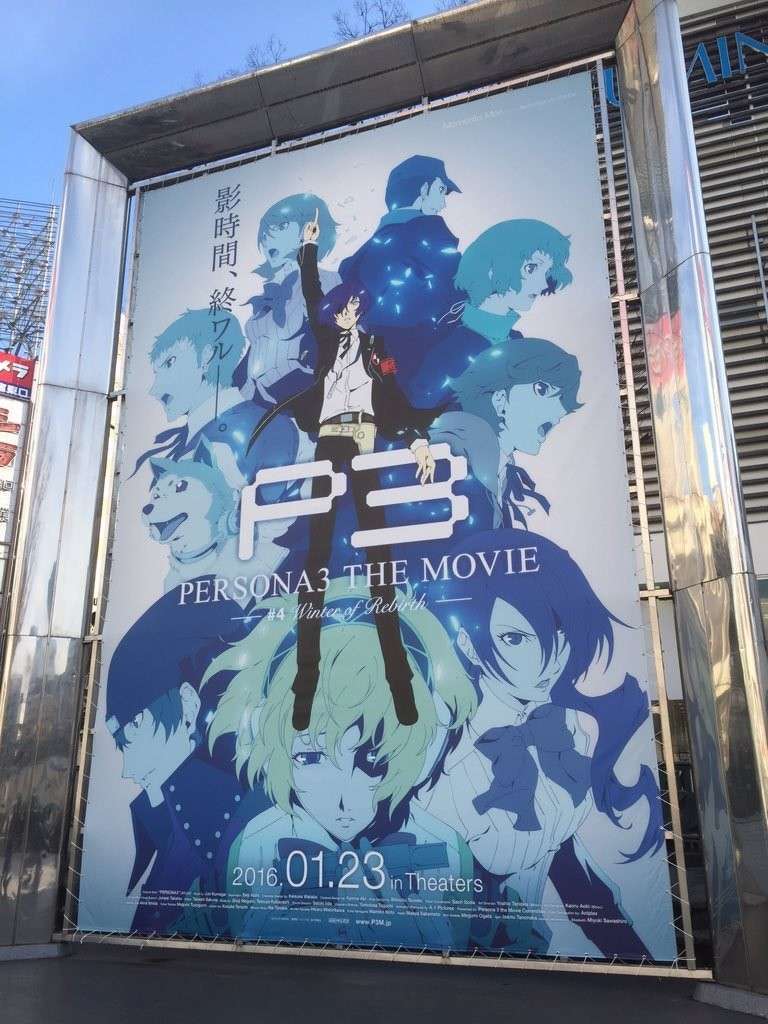 The previous key visuals for the fourth movie in the series were the following: 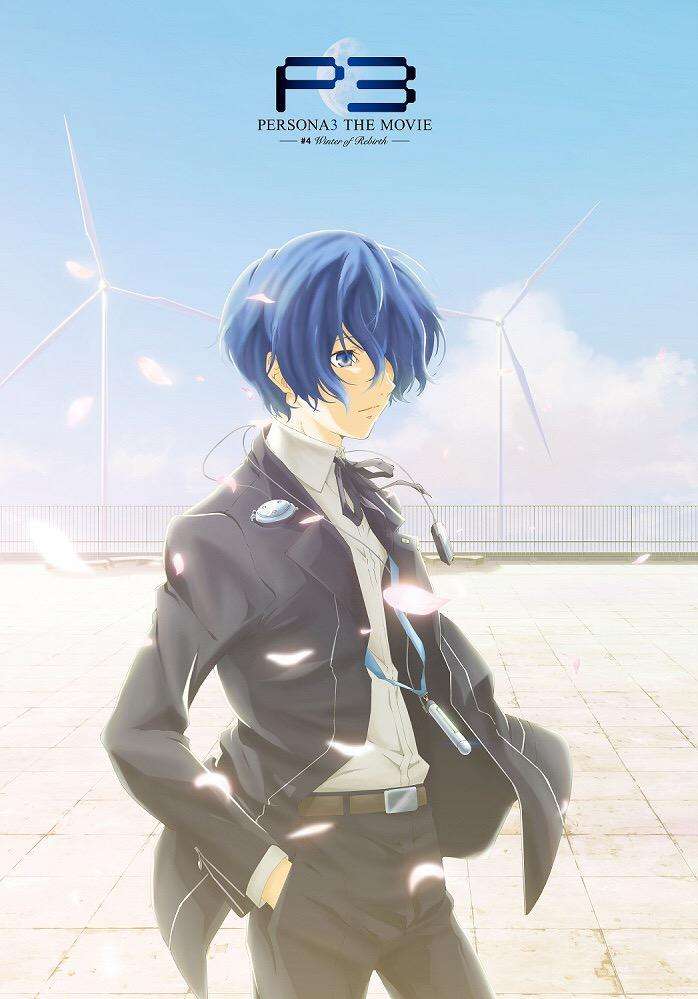 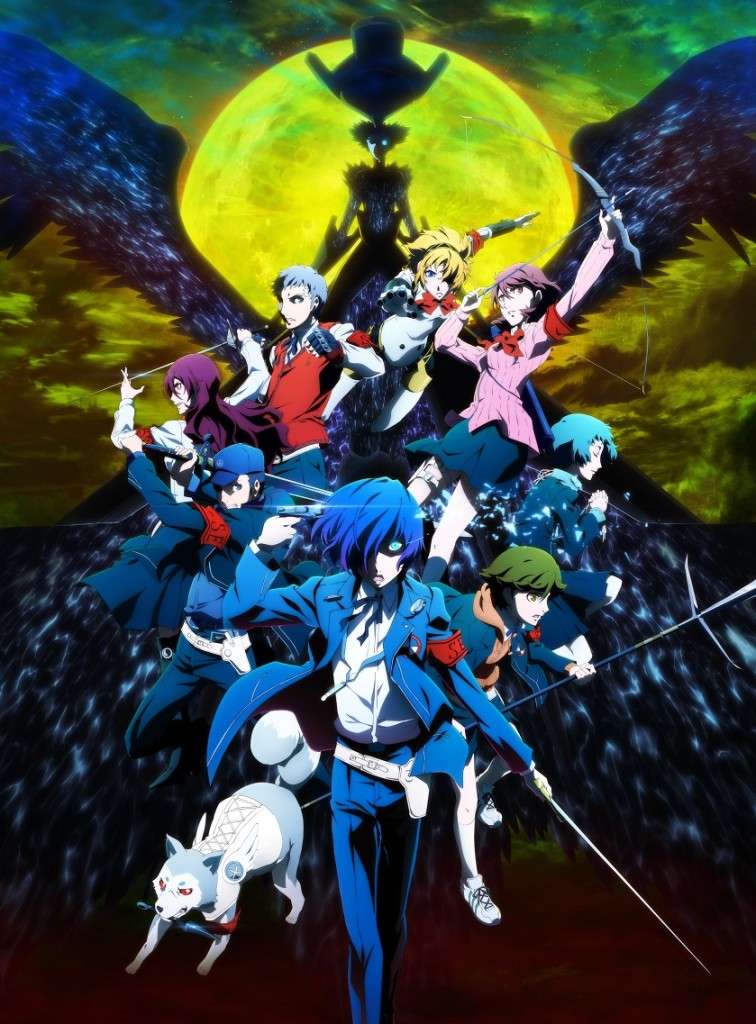 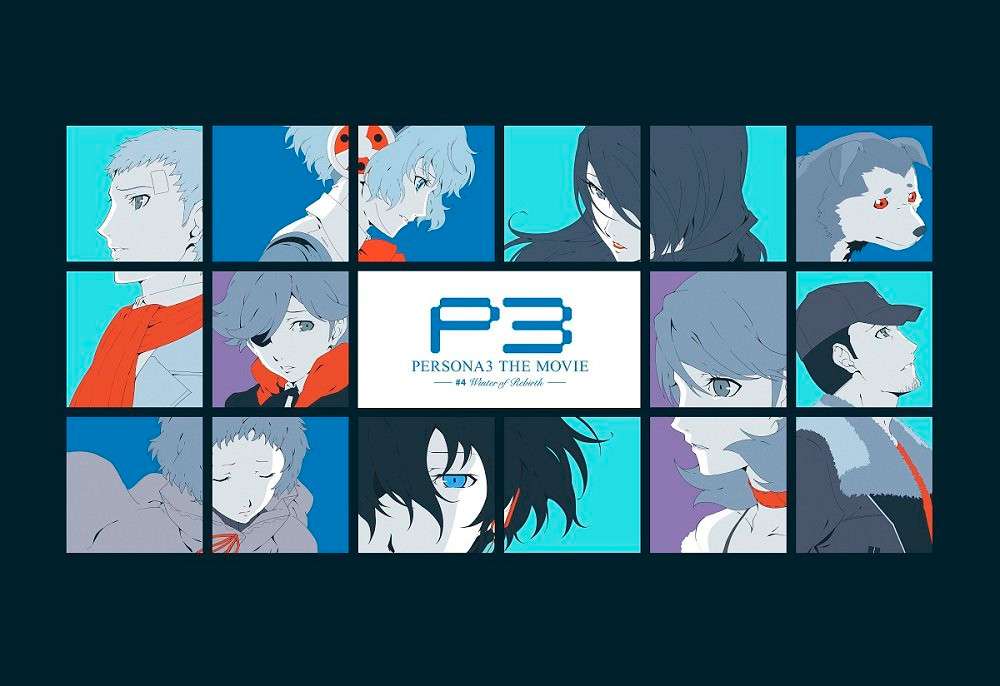