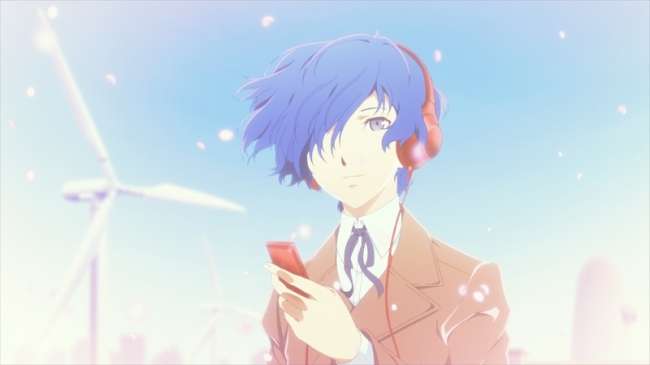 Following the announcement of the “Persona 3 The Movie meets Walkman” collaboration earlier this month, details of what it entails have been released.

From March 1 to March 14 at 11:59 PM JST, a “Special Visual” for the promotion has been published on outdoor advertising billboards in Shibuya, at various Animate stores in Japan, as well as at the Ginza Sony Building.

The promotional campaign is a lottery where participants take a picture of the “special advertising” and post it on Twitter with the hashtags “#P3M_WM” and “#SonyHi_ResACG.”

Winners will be contacted via Twitter direct messages around March 22, 2016.

The previously released commercial for the collaboration can be seen below.

A new Chapter 4 video by A-1 Pictures (the one above) was directed by Tomohisa Taguchi, who also served as the director for the fourth movie. In the video, Makoto Yuki is seen enjoying music with his Sony High-Resolution branded “Walkman” MP3 player.

The commercial for this collaboration was shown on channel TOKYO MX, BS11 during episode 6 of the TV anime rebroadcast of Persona 4 The Golden Animation on February 13, 2016.