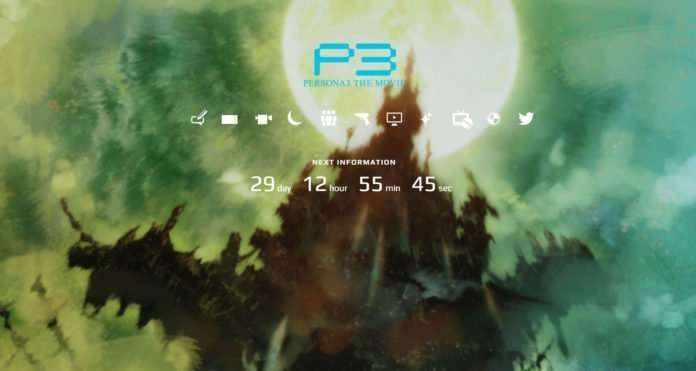 The official website for the Persona 3 The Movie series has been updated with a new background, layout, and a countdown which will end in 29 days with the title “Next Information.” 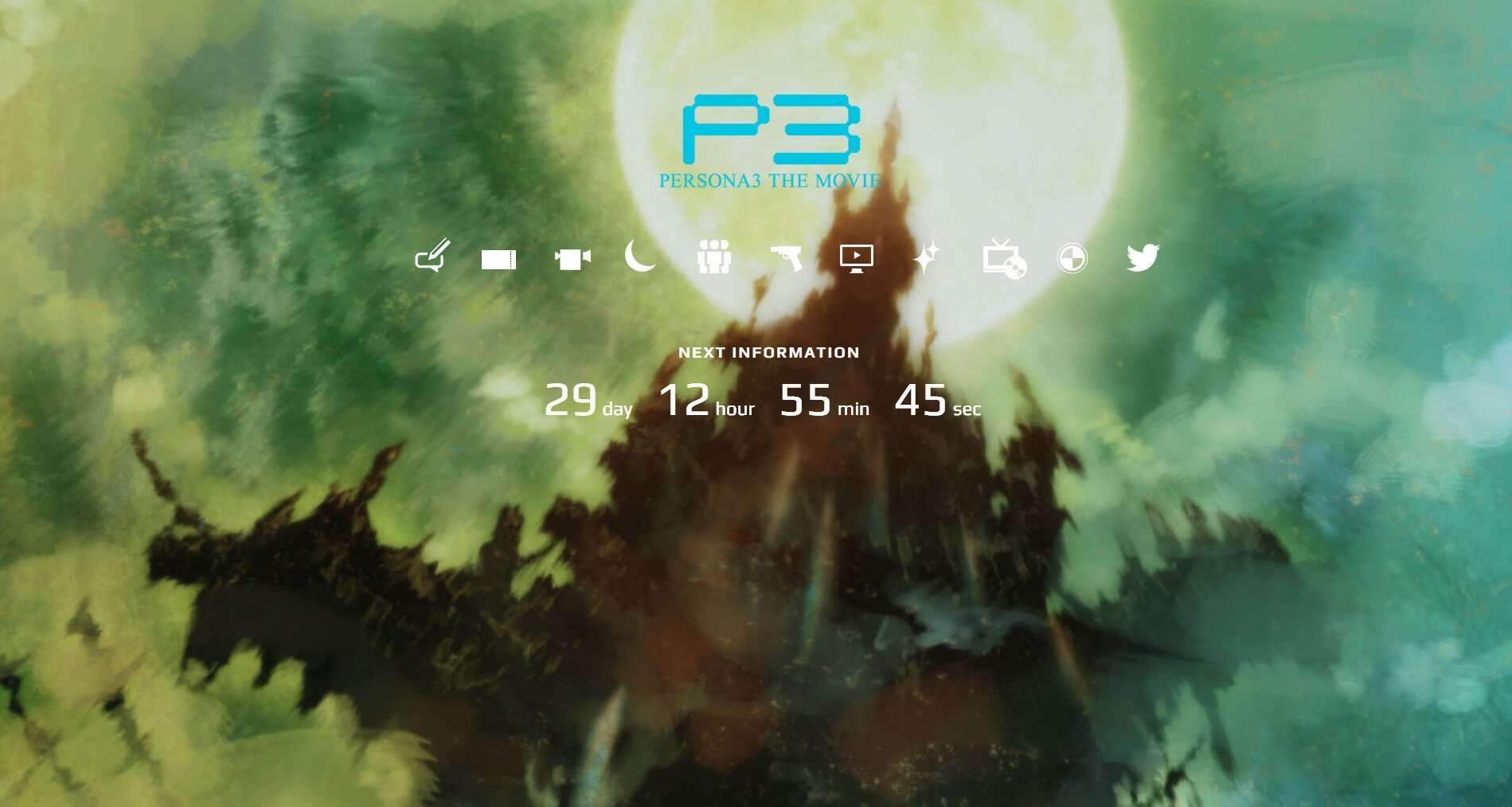 There have been three Persona 3 films so far, with the last one, Persona 3 The Movie #3: Falling Down, having released in theaters in April 2015. The fourth and final Persona 3 movie was teased with the third’s theatrical release on April 4, 2015.

Coinciding with the next full moon on July 2, 2015, the end of this countdown will presumably lead to information regarding Persona 3 The Movie #4. News about the previous movies tend to have been released on full moon dates, as well.