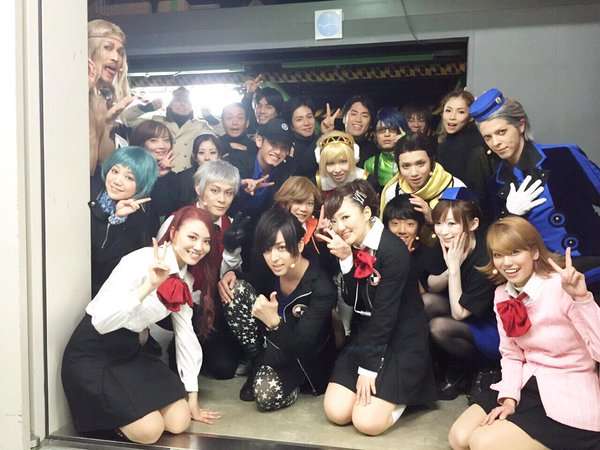 As previously announced, the Persona 3: The Weird Masquerade series of stage adaptations will be receiving a sequel to last year’s Bismuth Crystal in April 2017.

Now, it has been announced that the sequel to the series of stage shows will actually consist of two separate but simultaneously occurring plays:

The sacred vow to oppose that which is profoundly precious.

Final Chapter: Beyond the Blue Sky

Finally, the “end times” draw near… beyond the limits of eternal memory.

The original cast will be returning for both new works in the Persona 3: The Weird Masquerade series, which will take place from April 14 to April 23, 2017 at Tokyo Theater G-Rosso.

The official website for the stage show can be found here.