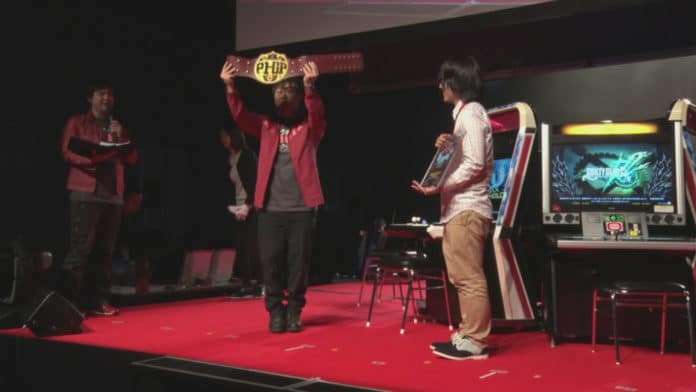 During the Arc Revolution Cup in Toushinsai 2017 fighting game tournament on October 21, 2017, Persona 4 Arena series director Kazuhisa Wada once again commented on the possibility of a follow-up title.

During the tournament’s award ceremony, where Wada appeared to give the award to the Persona 4 Arena Ultimax tournament champion Reni—a Shadow Ken player—he had the following to say as his victory speech:

I am so happy to have received this award. I really love this game. Eh, I hate to be annoying, but is there some kind of new Persona fighter? It’d make me really happy.”

Wada then replied with the following as the audience applauded:

The exact Japanese phrasing is the following: “クロス次第.” This makes it ambiguous regarding whether Wada stated that a next Persona fighting game depends on BlazBlue Cross Tag‘s performance, or whether information on a next game will come as soon as the cross-over fighting game is released.

The top 8 finals with English commentary for the tournament can be found archived here.

At Arc Revolution Cup 2015, Wada stated that Atlus was considering bringing the 2.00 arcade update (released on January 15, 2015) of Persona 4 Arena Ultimax to home consoles. This did not end up happening.

At Arc Revo 2016, Wada mentioned how he would definitely want to make a Persona 5 Arena:

Relatedly, a P5U.JP was registered as a domain name by Atlus on April 18, 2017, and a Persona 5 fighting game was listed in the Atlus 2017 online consumer survey.

Translation help thanks to @MysticDistance