Update (2015-12-26): The cover for volume 1 of the P4U2 manga has actually been revealed to be the smaller picture in the following image, and not the below promotional picture: 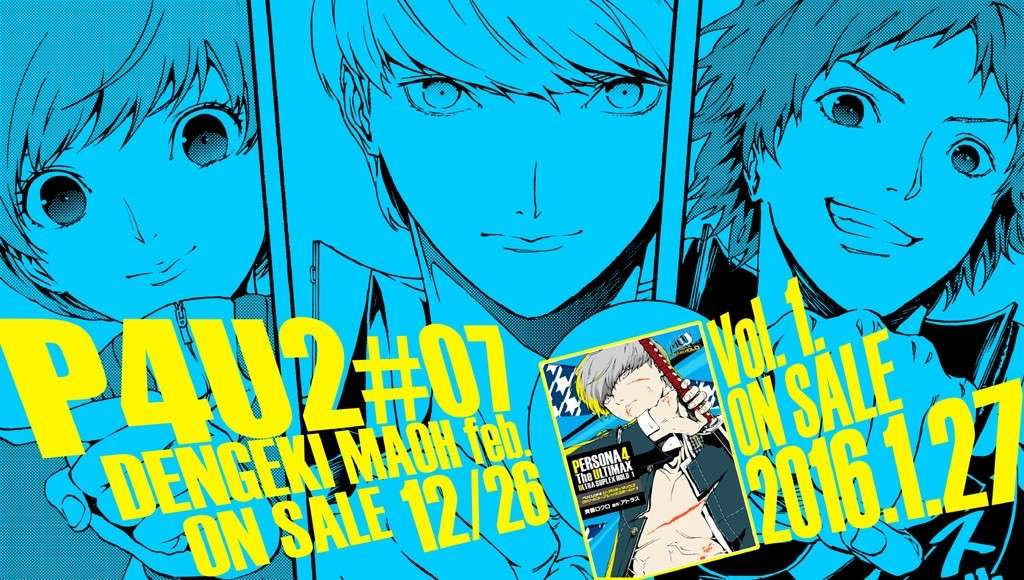 Following the news that the first volume of the ongoing Persona 4 Arena Ultimax manga will be releasing on January 26, 2016 in Japan, a sample of the volume’s cover art has been released. 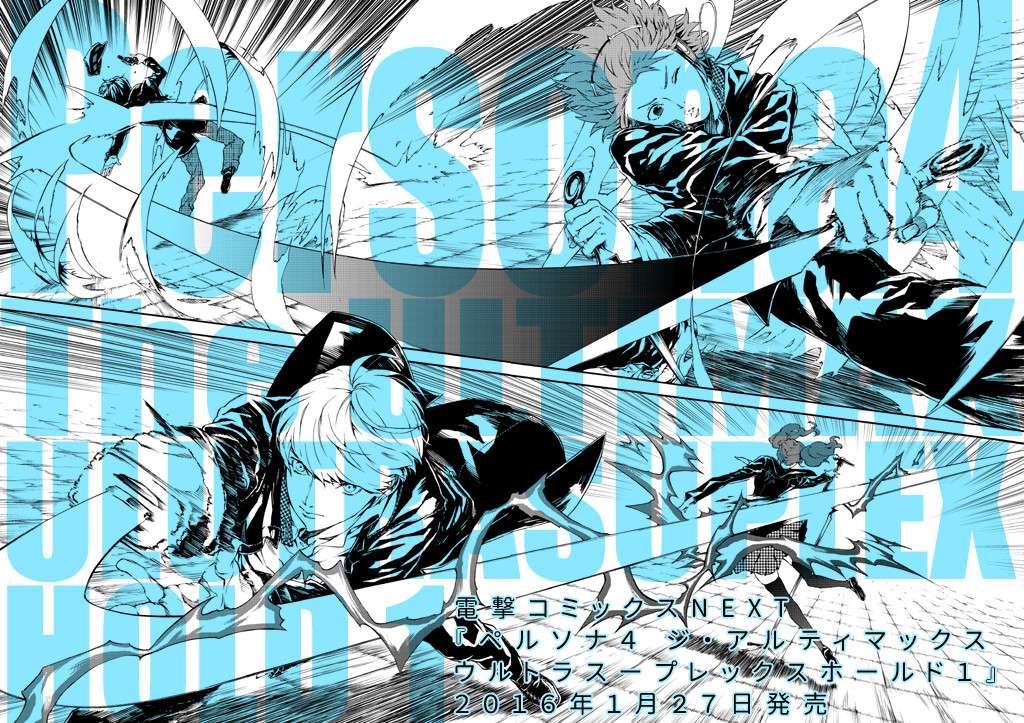 The cover design for Volume 1 of the Persona 4 Arena Ultimax manga adaptation features partners Yu Narukami and Yosuke Hanamura. The above is an unfinished version of the art that will be used for it, by artist Rokuro Saito.

The Persona 4 Arena Ultimax manga—which has been serialized in Dengeki Maoh magazine every month since June 2015—will have its first volume released on January 26, 2016 in Japan.