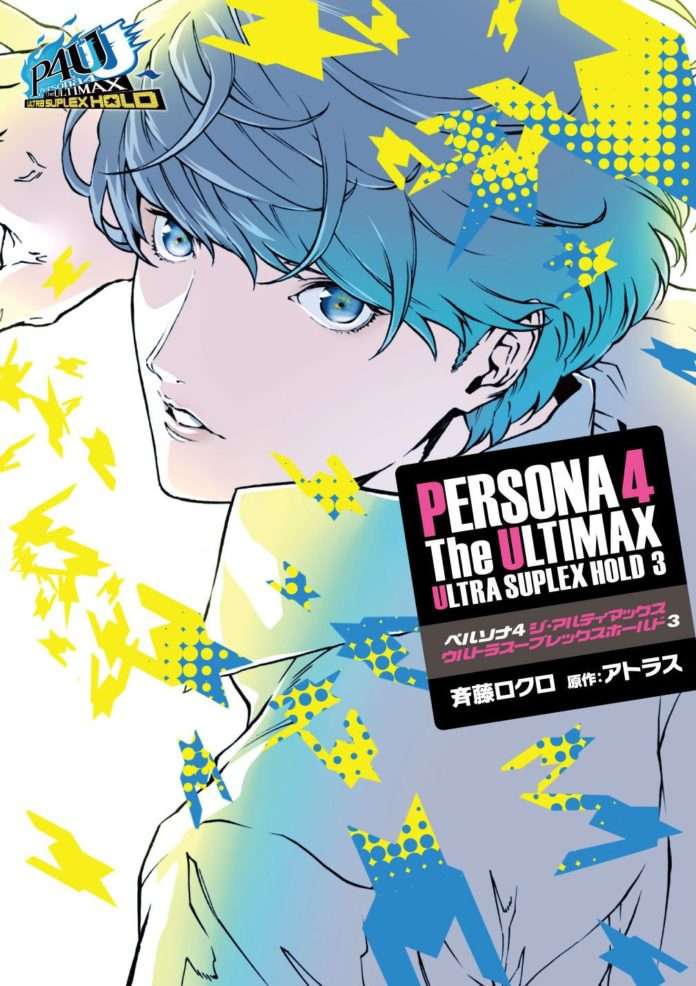 Following the announcement of the third volume of the Persona 4 Ultimax manga, the cover art has now been revealed. 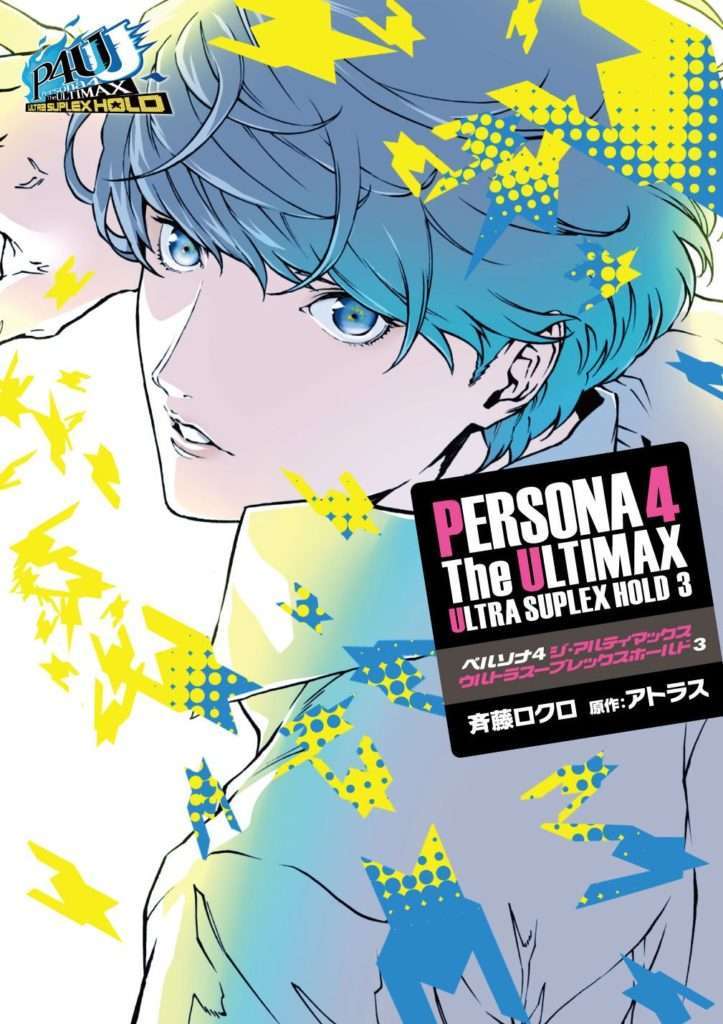 As with the manga itself, the cover art is illustrated by Rokuro Saito.

The third volume of the fighting game sequel to the popular RPG “Persona 4” is finally released. Mitsuru Kirijo, has been taken hostage and, in order to rescue the Shadow Operatives, Yu Narukami climbs Yasogami High School, which has turned into a huge tower! Furthermore, the shadows are on a rampage and the situation is looking dire. The story passes the middle mark and the mysterious fighting competition, the “P-1 Climax,” which has caused a red fog to spread around Inaba, is coming to its conclusion.