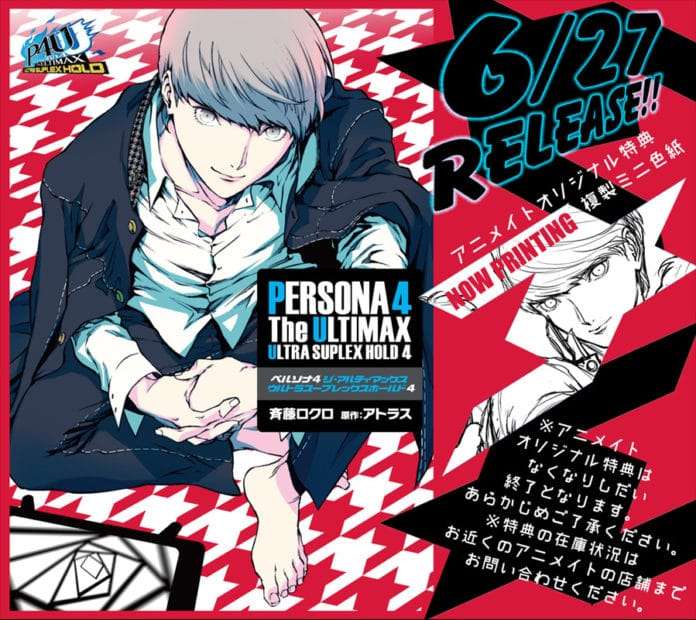 Following the announcement of the final volume of the Persona 4 Ultimax manga, the cover art has now been posted on the official Atlus Twitter account. 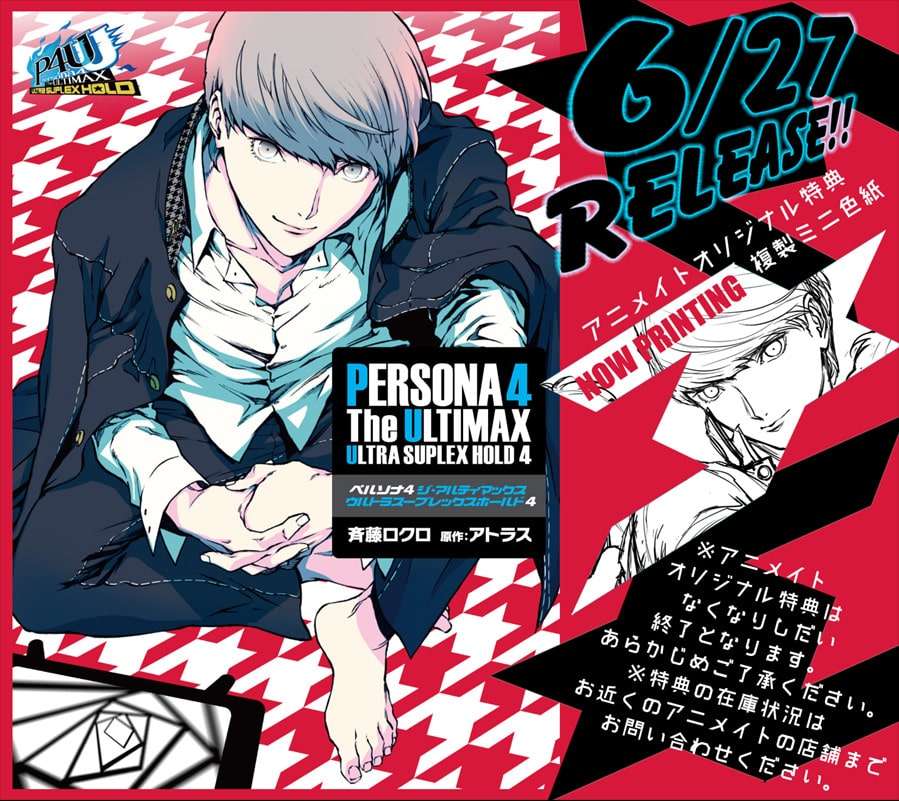 The volume will be released on June 27, 2018. As with the manga itself, the cover art is illustrated by Rokuro Saito.

The fate of the world brought about by the “P-1 Climax” is decided, as well as that of three of the key characters in the story, Tohru Adachi, Sho Minzuki, and Yu Narukami, along with the Investigation Team and the Shadow Operatives.