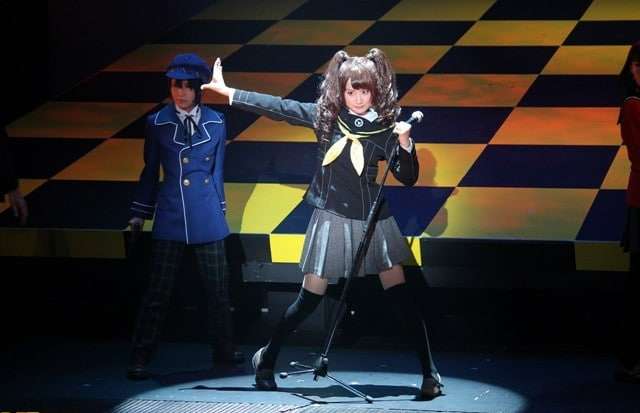 Following the announcement of a DVD release in Winter 2016 of the Persona 4 Arena Ultimax stage play adaptation, the home release has been officially announced for release on November 25, 2016. 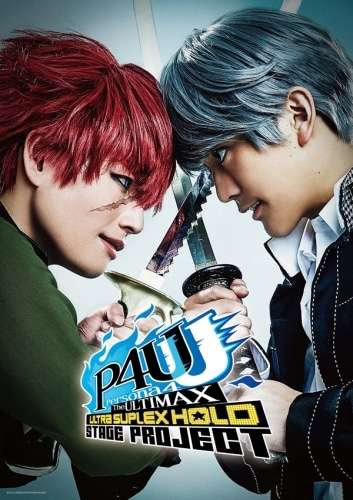 The stage play was originally performed at Tokyo Theater G Rosso in July 2016.

The “P4U2 STAGE PROJECT” DVD will cost 8,000 yen (excluding tax). Pre-orders for the DVD have begun on the Nega Online Shop today, with bonuses consisting of an original soundtrack CD and a not-for-sale “Bonus B” DVD.

Additionally, the can badges that were for sale at the performance venue in July are now available on the product website: 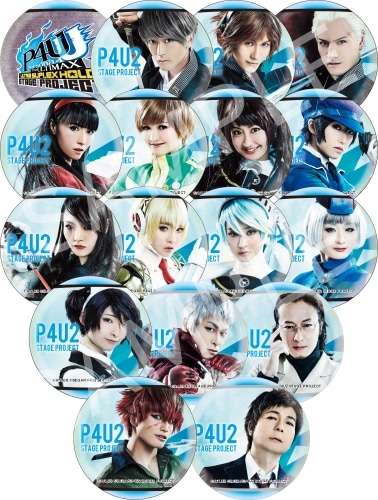 Pictures from the stage show can be found in a previous post.

The official website for the play can be found here.