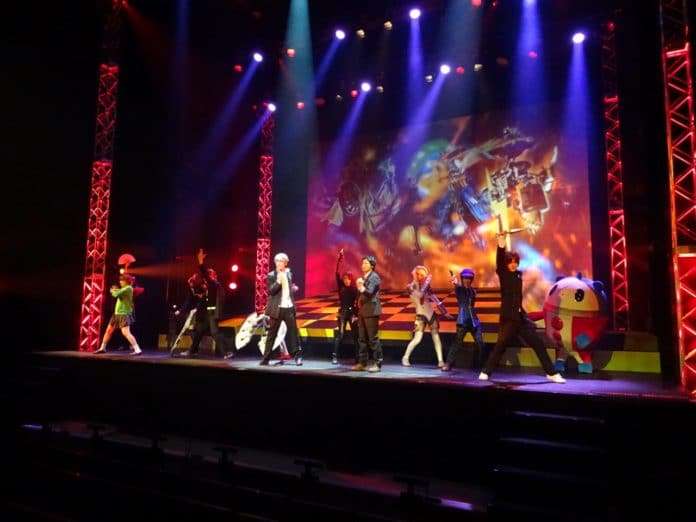 The first showing of the Persona 4 Arena Ultimax stage show was performed today at Tokyo Theater G Rosso in Japan, and pictures from it have surfaced.

The performance begins with Tohru Adachi’s interrogation scene. Sho Minazuki shows up afterwards, as one of the key players in the story.

With his unique ability, Sho removes Adachi from his situation and initiates a disturbing conversation, plotting the downfall of humanity and referencing a mysterious individual he refers to as “dad.” 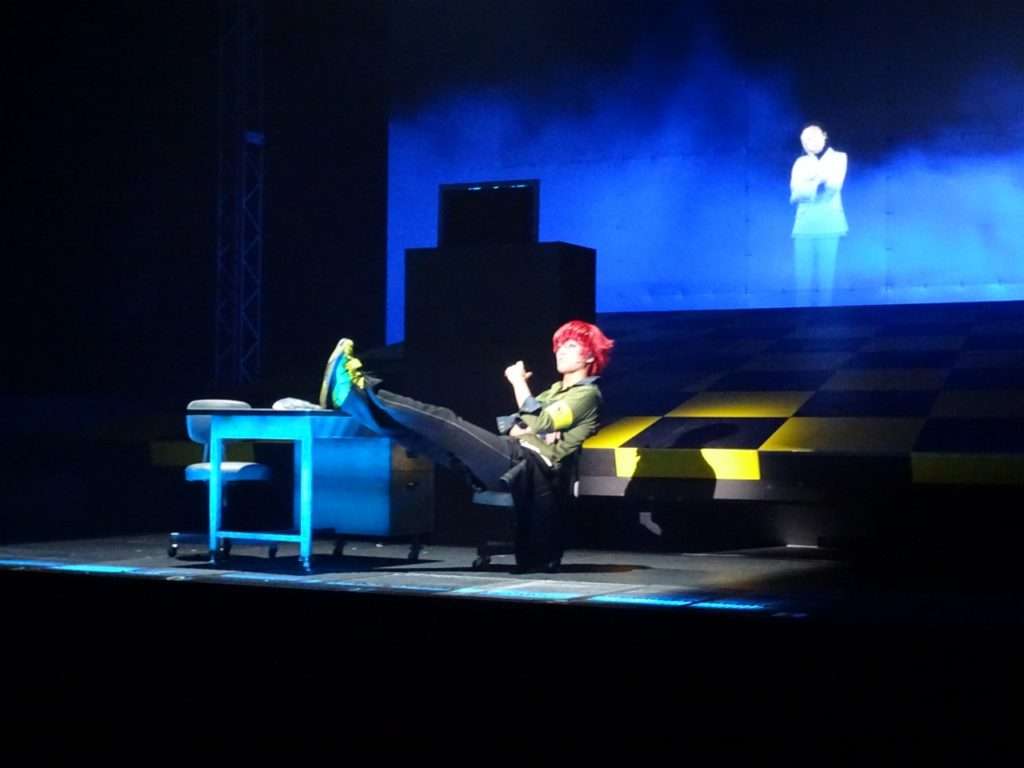 The scene changes to the perspective of the protagonist, Yu Narukami, who receives a phone call from his best friend Yosuke Hanamura. They discuss how they will be catching the leader of the “P-1 GRAND PRIX” fighting tournament, General Teddie, they had faced previously. Midnight arrives and with it, the Midnight Channel appears with General Teddie declaring a new tournament by the name of “P-! CLIMAX.” The city of Inaba is suddenly enveloped in a mysterious red fog.

The scene changes to Naoto Shirogane, who is investigating the kidnapping of missing Shadow Operatives, accompanied by Labrys and Kikuno Saikawa. General Teddie informs them that if they value the lives of the hostages, they have no choice but to participate in the P-1 CLIMAX.

The story of the “Persona 4 the Ultimax Ultra Suplex Hold: Stage Project” continues from that point.

There is choreographed action for the battle scenes, with expressive and lively performances from the actors. The screen in the background appears blurry in the images, but that’s because it is used to project 3D images to the audience. The last battle scene, in particular, is quite impressive by using the screen to reproduce personas. 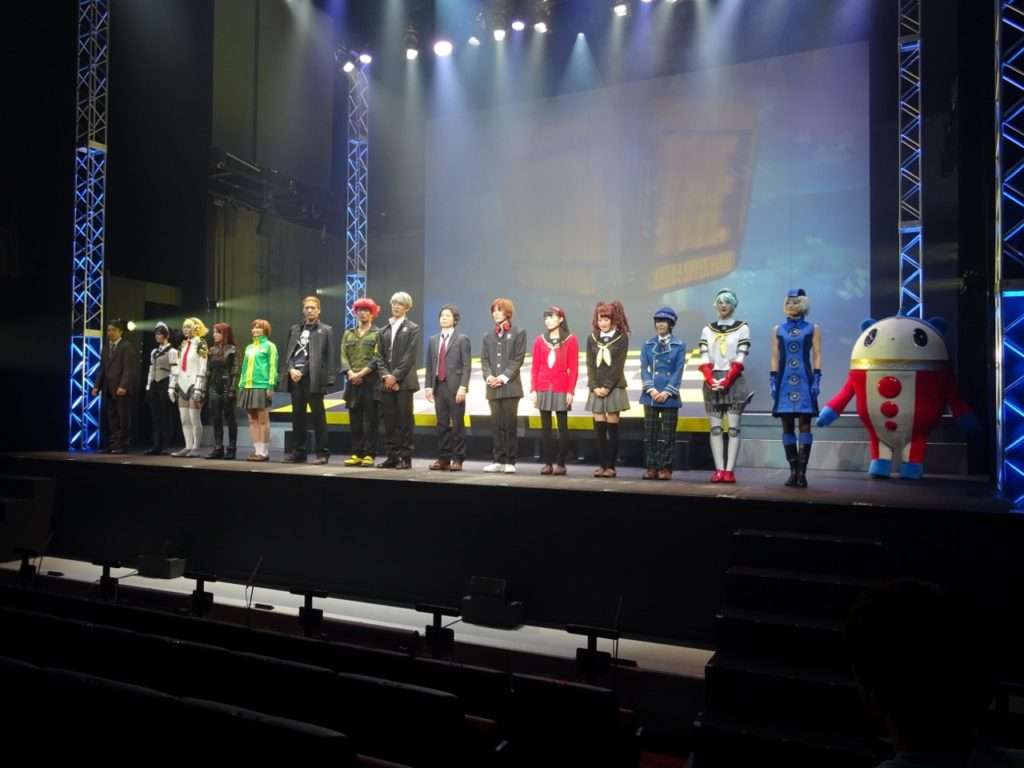 Character visuals and merchandise information can be found in a previous post. The stage play will be performed from July 6 to July 10 at Tokyo G Rosso theater, with a Live Viewing broadcast throughout 20 movie theaters in Japan on the final day.